Plot:
The Victome de Valmont (Dominic West) and the Marquise de Merteuil (Janet McTeer) are thick as thieves, united in their love to manipulate and destroy the people around them, a skill they have so artfully mastered that their ploys don’t fall back on them. Both have a new project: Valmont is trying to seduce Madame de Tourvel (Elaine Cassidy) who is staying at his aunt’s (Una Stubbs) summer home and who is widely known for her morals and her loyalty to her husband. The Marquise, on the other hand, is looking for revenge on an ex-lover who just got engaged to the naive Cécile (Morfydd Clark) who has spent pracitcally her entire life in a convent. So she enlists Valmont’s help to completely corrupt Cécile.

END_OF_DOCUMENT_TOKEN_TO_BE_REPLACED

Plot:
Johnny Utah (Luke Bracey) used to be a polyathlete – proficient in many sports, as long as they pushed up his adrenaline. But then his friend died and Johnny decided to join the FBI. Now he’s finally finished his training and is ready to hit the field. As luck will have it, just then a series of elaborate and physically demanding heists has started up. Johnny starts to investigate and soon finds himself undercover und Pappas’ (Ray Winstone) wing, investigating the group surrounding Bodhi (Edgar Ramirez) who are attempting to complete a set of challenges while playing Robin Hood.

The original Point Break didn’t have the best script or was the best film. But compared to this remake, the original is a faultless masterpiece. There is nothing good about this film, apart (maybe) from the utter ridiculousness of everything in it. That bit, at least, makes it the ideal basis for a drinking game.

[SPOILERS for both versions of the film]

END_OF_DOCUMENT_TOKEN_TO_BE_REPLACED

Plot:
Johnny Utah (Keanu Reeves) just aced his FBI training and is ready to go into the field. He is assigned to long-served, cranky Pappas (Gary Busey) who is less than happy about having to take care of this newbie. But in Johnny, Pappas finds somebody not only willing to listen to his theory that a string of successful bank robberies is committed by a group of surfers, but to do something about it. Johnny starts to learn to surf with the help of Tyler (Lori Petti) and gets closer with the charismatic Bodhi (Patrick Swayze) who soon becomes their prime suspect.

Point Break has many strengths, though it isn’t a perfect film. But both Swayze and Reeves are perfectly cast (which, especially in Reeves’ case is important). Their chemistry together make the film as worthwhile as it is.

Plot:
Eilis (Saoirse Ronan) lives in a small Irish town with her mother Mary (Jane Brennan) and her sister Rose (Fiona Glascott). But Eilis has the chance to get of there and start a new life in the USA, which is exactly what she does. With the help of an acquainted priest (Jim Broadbent) who already lives abroad, she makes her way to New York where she builds a new life for herself. But when she is called back to Ireland, she will have to decide which way she wants her life to go.

Brooklyn was one of those films that is simply extremely nice to watch and enjoy. It hits all the right emotional buttons in a not exactly subtle, but unobtrusive way and pretty much everybody in it is simply adorable.

END_OF_DOCUMENT_TOKEN_TO_BE_REPLACED

Plot:
Einar (Eddie Redmayne) and Gerda (Alicia Vikander) are both painters and a happily married couple. While Einar may be more successful than Gerda, at least for now, that doesn’t keep her from continuing to work. When her dancer friend Ulla (Amber Heard) is late for modelling, Gerda asks Einar for help. He feels silly at first, but as he gets in the role, something happens. Einar creates Lili and slowly Lili fights her way to life inside of him.

The way I just described the plot already shows that The Danish Girl is a deeply problematic film – because that is actually an accurate description of how it portrays being trans*. It boils down to a film that is completely misguided and misinformed about what transgender actually is and tears everything apart that stands in the way of that distorted vision, even the basis in reality that it supposedly has. 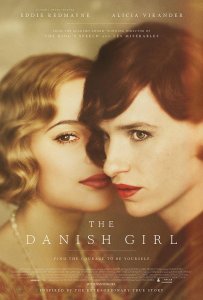 END_OF_DOCUMENT_TOKEN_TO_BE_REPLACED

Plot:
Kenya (Sanaa Lathan) knows exactly what she wants and what she wants her life to be. At the moment this means that she is focused on her career while dreaming of the perfect black guy to marry. But after spending yet another Valentine’s Day working long hours, she agrees to a blind date. Much to her surprise Brian (Simon Baker) turns out to be white, but also damn charming. Still Kenya doesn’t want to deviate from her plans, so all she does is hire Brian as her landscape architect. But will she be able to keep her distance?

Something New is a charming little film that strengthens its romance with a discussion of racism and racial relations. It’s not particularly subtle about that, but that doesn’t make it any less enjoyable.

END_OF_DOCUMENT_TOKEN_TO_BE_REPLACED

Plot:
Sin-Dee (Kitana Kiki Rodriguez) just got out of prison and meets up with her best friend Alexandra (Mya Taylor). As they catch up, Alexandra wanting to make sure that Sin-Dee turns up that evening for her singing show, Alexandra lets slip that Sin-Dee’s fiancé has strayed while she was in prison. And not only that, he is fucking a white, cis woman. Sin-Dee is outraged and decides to seek out the other woman to stake her claim.

Most of what you hear about Tangerine is that it was shot with an iPhone (and here I go, too). But that is honestly the least awesome and least important part (although it is awesome and important) about this film. Tangerine is funny and full of energy and damn wonderful.

END_OF_DOCUMENT_TOKEN_TO_BE_REPLACED

Plot:
Jenjira (Jenjira Pongpas) starts to volunteer at a local temporary clinic. There all patients are soldiers that are struck with a sleeping illness and are never awake. Jenjira watches over Itt (Banlop Lomnoi) who doesn’t get any other visitors otherwise. Medium Keng (Jarinpattra Rueangram) tries to help connect the sleeping soldiers with the outside world and also tries to connect Jenjira with Itt. As Jenjira starts to delve deeper into the situation, she seems to cross the line between fantasy and reality more often.

Cemetery of Splendor was an incredibly boring film. While I did like the concept and there was some great imagery, I lost interest in the film about 10 minutes in and after that, things just drag and drag and drag.

END_OF_DOCUMENT_TOKEN_TO_BE_REPLACED

Plot:
The Goethe school is struggling as usual. The budget is tight and as every year it almost looks certain that their rival, Schiller school will get the best part of the budget. The Goethe school does stand a chance, though, if they can participate in a caritative project in Thailand. Zeki Müller (Elyas M’Barek) usually wouldn’t be the guy to volunteer for such a class trip (or for anything else) but as luck will have it, the diamonds he got from a heist years earlier and which he hid inside a stuffed animal, have been accidentally donated by his girlfriend Lisi (Karoline Herfurth) to just that project in Thailand. So Zeki packs his bags and his students and off they go to chase after riches.

Fack Ju Göhte 2 is one of the most consistent sequels I’ve ever seen: it reproduces not only the first film’s strengths, but also its weaknesses in detail. Meaning that it may not be particularly smart, but if you don’t think too hard, it can be funny and also that if you loved the first one, you’ll almost certainly love this one. 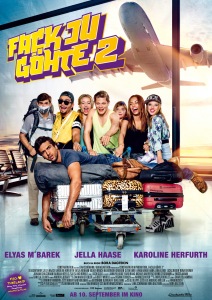 END_OF_DOCUMENT_TOKEN_TO_BE_REPLACED

Plot:
Adonis (Michael B. Jordan) is settled with a big legacy: he is Apollo Creed’s son. He calls himself Donnie and uses his mother’s surname, just to make sure that he isn’t carrying on his father’s legacy but building his own as a boxer, much to the dismay of his foster mother and Apollo’s widow, Mary Anne (Phylicia Rashad), who would rather not see him box at all. But Donnie makes his own plans: he gives up his job in finance, moves to Philadelphia and seeks out Rocky Balboa (Sylverster Stallone) to ask him whether he’d be willing to train him.

I have to admit that I have not seen any of the Rocky films, so I really have no point of reference for the background of this film. But it isn’t actually necessary. Creed was an engaging sports/boxing film that even brings something new to the table.