Plot:
In 1942, the (jewish) Starzinsky family gets arrested in the Vel’ d’Hiv Roundup. In her panic, little Sarah (Mélusine Mayance) hides her even smaller brother in the closet before they all get brought away. While they’re detained, Sarah grows ever more frantic to get back to her little brother.
60 years later, journalist Julia (Kristin Scott Thomas) wants to write an article about the Roundup’s anniversary. But during her research she discovers that her family is a lot closer connected to the events than she originally thought.

The book this movie is based on might actually be good. Kristin Scott Thomas certainly was. But unfortunately both the screenwriting and the directing really were not up for the job. 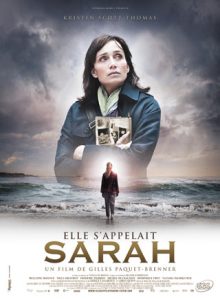 END_OF_DOCUMENT_TOKEN_TO_BE_REPLACED

Plot:
John Lennon (Aaron Johnson) grows up with his aunt Mimi (Kristin Scott Thomas) and his uncle George (David Threlfall), his mother Julia (Anne-Marie Duff) never playing a big role in his life. Until his uncle dies and he sees her at the funeral. John starts visiting Julia more and more often and they forge a bond over Julia’s love of Rock’n’Roll. But John soon makes the painful discovery that there’s an actual reason why he doesn’t live with his mother.

Nowhere Boy is a well acted and written examination of an angry adolescent (yeah, I know, a bit of a tautology), which has little to do with the “legend” John Lennon, member of the Beatles. It paints quite a different picture from what we have of him today, which makes it even more interesting.
Unfortunately, I only got to see the German dubbed version and the translation is absolutely grating. [What the hell, OV cinemas in Vienna?] 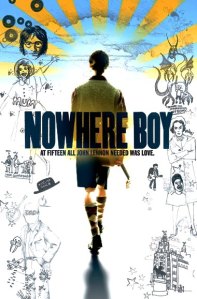 END_OF_DOCUMENT_TOKEN_TO_BE_REPLACED

Plot:
It’s the 1920s. John (Ben Barnes) comes from an old British family, which is slowly crumbling apart. When he returns from his travels with his new wife Larita (Jessica Biel), an American race car driver, John’s mother (Kristin Scott Thomas) is shocked, though his father (Colin Firth) takes an instant liking to her. Larita tries her best to fit in with the family, but in the end a war breaks out between her and the mother.

I liked this film. The cast was good, they had some very, very nice jokes, a sweet soundtrack and it was generally entertaining.