At the end of October, teashoe, puzzledpeaces, C. and me went to London for a (very) long weekend, where we met aber_karramba, D.+K., skittlesandolives, s_whiteant, inkbot kowalski and elbi. The original idea was to visit the ComicCon again (as we did two years ago), but it wasn’t as much of a part of the entire program this time than it was the last time. Instead we just enjoyed the city.

END_OF_DOCUMENT_TOKEN_TO_BE_REPLACED

At the end of July/beginning of August, I went to the Côte d’Azur with my family for a week. It was a trip that was preceded by organisational difficulties that mostly came from the fact that we didn’t all book together and at once and that it is very difficult to distinguish between Saturday and Sunday. Also, my family on trips will cause chaos, period.

France is not only the land of ugly postcards, it is mostly the land of sexist postcards. The amount of naked (female) butts that you can send from there is staggering. So when I found these babies on my last day, I knew I had to throw money at them.

END_OF_DOCUMENT_TOKEN_TO_BE_REPLACED

July saw me going to Riga with puzzledpeaces, teashoe, aber_karramba and C. for a weekend. Almost all of us turned 30 this year and we decided to celebrate with a trip together. After a lot of discussion, we finally settled on Riga because none of us had been there, we could all fly there cheaply and it looked interesting. It turned out to be an excellent decision.

All images taken by and from C. who takes more and better photos than me.

END_OF_DOCUMENT_TOKEN_TO_BE_REPLACED

The Easter Holidays saw me going to the Baltic Sea with (some of) my family, including three of the many dogs in the family. We rented a small house on the island Usedom and spent a little over a week there, exploring the area and the wonderful beaches. Consider this post a suggestion that you should totally go there. At least if you like beaches like this:

END_OF_DOCUMENT_TOKEN_TO_BE_REPLACED

In October, teashoe, C., J. and me headed to London. Our reason to go was actually the ComicCon there, but since neither of us (except teashoe) had actually seen much of London, if anything at all, we also added a little bit of sightseeing to the mix. And it was absolutely brilliant. 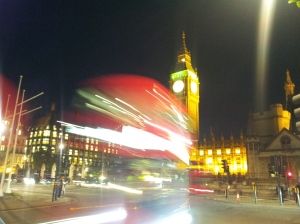 [teashoe took this brilliant image. Just like a postcard.]

END_OF_DOCUMENT_TOKEN_TO_BE_REPLACED

As you might have gathered from my various mentions of it, I went on holidays. On actual, honest to goodness beach holidays. For the first time in ten years. And it was absolutely glorious.

We went to Costa Calma, Fuerteventura and stayed at one of those All Inclusive Clubs that would be horrible if they weren’t so comfortable. 8 days of doing almost nothing but lying on the beach and reading. Though we also went on two day trips around the island to at least get an impression of our surroundings that doesn’t consist of tourists and the ocean. So let me tell you about my holidays. 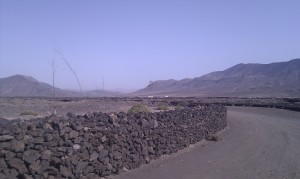 END_OF_DOCUMENT_TOKEN_TO_BE_REPLACED

The last month has brought many changes in my life. I quit my job, entered university again (courses will start in October; sociology and educational science) and I’m about to move out of my beautiful, wonderful, bright apartment with a terrace and into a small, rather dark apartment I’m gonna share with my sister. I’m pretty excited about it all, as is my mom who never really understood that I didn’t want to finish uni in the first place.

Anyway, we decided to celebrate my life change by seeing to it that I wouldn’t just let my 6 weks of break time pass me by and let the time get swamped and lost by organisational details: so the two of us went on a weekend trip to Karlovy Vary. Karlovy Vary is a spa town, famous for its hot springs, so we booked a spa package and just let ourselves get spoiled for the weekend. 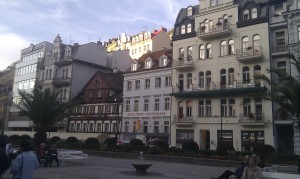 END_OF_DOCUMENT_TOKEN_TO_BE_REPLACED

My sister is doing a fellowship at the hospital in Newcastle (upon Tyne). Which means I had the best excuse to finally go to the UK again. So I did. ;) Surprisingly, this time I didn’t need any extra bags to bring all my shopping home with me and I didn’t only buy books but even (gasp) clothes.

But since I didn’t only shop but actually saw quite a lot, let me start at the beginning.