Plot:
Earth is quickly nearing the point of no return in the energy crisis. Aboard the Cloverfield Space Station, Hamilton (Gugu Mbatha-Raw) is working with her colleagues on a particle accelerator, hoping that they can make it work which would mean a near-endless energy supply. But so far, they have not been successful and they are running out of possibilities to try. But when thing finally seem to go right, the consequeces of their experiments are definitely not what they expected.

The Cloverfield Paradox is a decent space station thriller/horror film. It wouldn’t have necessarily needed the connection to the other two Cloverfield films, but that it can be watched independently is one of its strength, I’d say. As is the awesome cast.

END_OF_DOCUMENT_TOKEN_TO_BE_REPLACED

Plot:
Mark Watney (Matt Damon) is one of five astronauts who come to Mars on a rather routine mission. But then things start going wrong and they have to leave – only that Mark gets injured and to his colleagues he looks like he’s dead. With a heavy heart, they decide to leave without him. But Mark survives miraculously. Now he’s alone. On Mars. With very limited supplies. And a broken communication system. And he only has himself to make his supplies last long enough so that he may be rescued.

Since I really loved the novel the film is based on and the previews I saw for the movie looked great, my expectations for the Martian were pretty high. So when I say that the movie totally fulfilled my expectations, you know that this is high praise indeed. 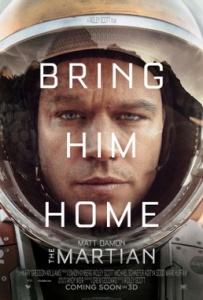 END_OF_DOCUMENT_TOKEN_TO_BE_REPLACED

Plot:
Everybody knows the legend of Hercules (Dwayne Johnson) and his heroic deeds, strategically enhanced by his nephew Iolaus (Reece Ritchie). Now that he completed his twelve tasks and after horrific past events that still haunt him, Hercules works as a sword for hire with his group – Amphiaraus (Ian McShane), Autolycus (Rufus Sewell), Tydeus (Aksel Hennie), Atalanta (Ingrid Bolsø Berdal) and Iolaus. When he is approached by Ergenia (Rebecca Ferguson) for help defeating warlord Rheseus (Peter Santelmann), Hercules takes the job. But it isn’t quite as simple as it appears at first.

Hercules had everything I wanted it to have: self-awareness, nice action, quipping, Dwayne Johnson in a skirt, an excellent cast and so much fun. It was utterly enjoyable. 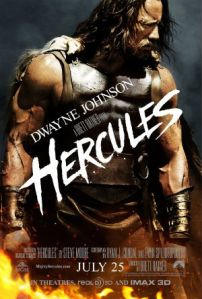 END_OF_DOCUMENT_TOKEN_TO_BE_REPLACED

Plot:
Roger Brown (Aksel Hennie) is a pretty successful headhunter with a beautiful wife, Diana (Synnøve Macody Lund). But he also has quite the complex because he is rather short. He believes that he can only keep his wife if he provides her with a certain lifestyle – for which not even his very nice salary is enough. So he moonlights as an art thief to supplement his income. But when he gets the chance to steal from Clas Greve (Nikolaj Coster-Waldau), an ex-special forces tracking expert, things spin out of control.

Hodejegerne is an extremely decent, very well paced thriller. But I never really connected to Roger and until the very end, I wasn’t really sure if I was actually supposed to root for him. 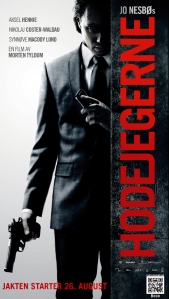