Plot:
Maria-Theresia Paradis (Maria Dragus) is a gifted musician who lost her eyesight at a young age for no apparent reason. Now her parents have heard about the revolutionary methods of physician Franz Mesmer (Devid Striesow) and they are hoping that he will be able to restore her eyesight. So Maria-Theresia is brought to his castle where Mesmer sets to work. Soon their relationship becomes very intense and there seems to be improvement in her condition.

I was hoping I would like Licht more than I actually did. Unfortunately I was unhappy with the way the film dealt with disability and I felt that it had considerable lengths. 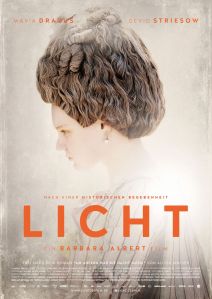 END_OF_DOCUMENT_TOKEN_TO_BE_REPLACED

Plot:
Jasmin (Nina Proll) and Tamara (Edita Malovcic) were in school together when they were kids, but have since drifted apart. While Tamara is working as a nurse and dating Roman (Michael Tanczos), leading a relatively stable life, Jasmin is drifting at the edge of the politically right scene, moving from guy to guy and none of them are particularly nice. Their paths cross again, when they both end up getting an abortion on the same day. And somehow this time their connection seems to stick.

Nordrand is a smart film that looks closely at harsh social circumstances in Vienna. And it’s also a film with vivid characters that are lovingly set in scene.