Plot:
Many, many, many years ago Kaulder (Vin Diesel) killed the Witch Queen (Julie Engelbrecht) who cursed him with immortality in the process. Ever since Kaulder has worked as a witch hunter. Now he is the last of his kind and most of the remaining witches live normal lives and stick to the rules. But then things start to go very wrong, starting with the murder of Kaulder’s scribe, advisor and friend, the 36th Dolan (Michael Caine). It appears that the Witch Queen isn’t quite as dead as Kaulder thought. Together with witch Chloe (Rose Leslie) and the 37th Dolan (Elijah Wood), Kaulder takes up the fight again.

I didn’t expect The Last Witch Hunter to actually be a good film, but I thought it would be an entertaining schlockfest. Unfortunately, the film aimed higher than that and ends up in the boring, disappointing middleground: not really bad, but not much good either. 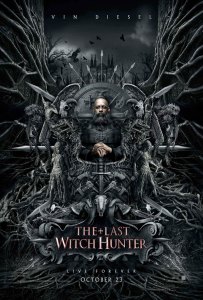 END_OF_DOCUMENT_TOKEN_TO_BE_REPLACED

The Crazies is the newest movie by Breck Eisner, a remake of the 1973 Romero movie (which I haven’t seen). It stars Timothy Olyphant, Radha Mitchell and Joe Anderson.

Plot:
A small town in the middle of the US. Nothing much ever happens here until one day, a guy stumbles onto the baseball field in the middle of a game, seemingly drunk, brandishing a shotgun. The town sheriff, David (Timothy Olyphant) shoots him. But that’s only the beginning of the craziness that seems to spread around town…

The Crazies is a mixed bag of beans. There are some beautiful shots, which are promptly used ad nauseam; the acting is mediocre, mostly; there are some frankly scary moments but most of the time, I was too busy thinking about the plot holes to be actually scared.