Plot:
Sidonie-Gabrielle Colette (Keira Knightley) grows up in rural France where she meets Willy (Dominic West), author and entrepreneur. They start an affair and eventually, Willy marries Gabrielle and brings her to Paris. Once there, she realizes that Willy has ghostwriters working for him and she quickly becomes roped into his business, too, to try to stave off the continuous money problems. But when she tries her own hand at writing, she finds herself completely under his thumb – at least for a while.

Colette was a fascinating woman so any biopic about her is bound to be interesting, particularly with as engaging a lead as Knightley. There were a couple of weaknesses in the script and a cis person cast as a trans character, but overall, it’s absolutely a solid film.

END_OF_DOCUMENT_TOKEN_TO_BE_REPLACED

Plot:
By birth, Lara Croft (Alicia Vikander) is very rich, but since her adventurer father (Dominic West) disappeared, Lara doesn’t want anything to do with the estate. Instead she makes her money as a bike courier, a job that plays into her adrenaline seeking tendencies. But then Lara gets an elaborate puzzle box that sets her on the path of her father’s last adventure. Even though she goes against his wishes with her decision, she decides to retrace his last known steps and figure out what happened.

My first thought after leaving the cinema, was “well, Tomb Raider is a film I have seen now” and that still pretty much captures the level of excitement and fun the film achieved. But at least it never got really boring.

END_OF_DOCUMENT_TOKEN_TO_BE_REPLACED

Plot:
Lee (George Clooney) and his producer Patty (Julia Roberts) have a very successful TV show in which he discusses the developments on Wall Street. As part of his show, Lee gives recommendations on what stocks to buy and what to sell. And recently he recommended the stocks of Walt’s (Dominic West) company – that shortly thereafter went bust in a pretty spectacular fashion. Janitor Kyle (Jack O’Connell) followed Lee’s advice – and lost everything. Now Kyle has found his way into the studio and takes Lee hostage, hoping to get to the truth – and to justice.

Money Monster is a very watchable film with good performances. It’s solid, but it never really manages to go beyond that. 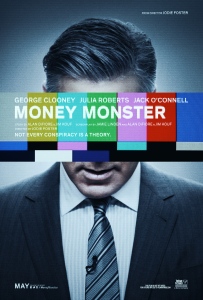 END_OF_DOCUMENT_TOKEN_TO_BE_REPLACED

Plot:
The Victome de Valmont (Dominic West) and the Marquise de Merteuil (Janet McTeer) are thick as thieves, united in their love to manipulate and destroy the people around them, a skill they have so artfully mastered that their ploys don’t fall back on them. Both have a new project: Valmont is trying to seduce Madame de Tourvel (Elaine Cassidy) who is staying at his aunt’s (Una Stubbs) summer home and who is widely known for her morals and her loyalty to her husband. The Marquise, on the other hand, is looking for revenge on an ex-lover who just got engaged to the naive Cécile (Morfydd Clark) who has spent pracitcally her entire life in a convent. So she enlists Valmont’s help to completely corrupt Cécile. 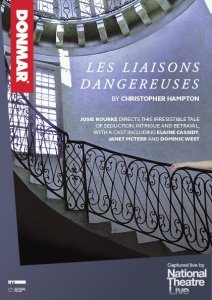 END_OF_DOCUMENT_TOKEN_TO_BE_REPLACED

Plot:
Mark (Ben Schnetzer) is not only gay, but a big supporter of the miner strike and wants to do his part, especially because he feels that there is a certain kinship – the miners struggle under Thatcher just as much as the homosexuals struggle. So he decides that he will start to raise funds for them, with the help of new to the scene Joe (George MacKay), big-mouthed Steph (Faye Marsay) and flamboyant Jonathan (Dominic West). But it turns out, it’s surprisingly hard to get miners to accept “gay donations”, until finally a Welsh village accepts, not really knowing what they’re in for.

Pride was funny, cute and most charming. It probably isn’t the most complex analysis of the situation, but it gave you an impression while being very entertaining. 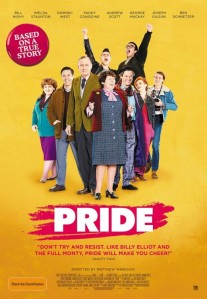 END_OF_DOCUMENT_TOKEN_TO_BE_REPLACED

Plot:
John Carter (Taylor Kitsch) calls his nephew Edgar Rice Burroughs (Daryl Sabara) to come to him, just before he dies. When Edgar arrives – just a bit too late – he gets John’s diary and starts to read about how John traveled to Mars many years ago with the help of a mysterious amulet. On Mars, he found himself captured by an alien tribe and then caught in a war that threatens the entire planet.

John Carter delivers exactly what you expect it to: brainless but extremely entertaining action with campy performances. Is it great film-making? No. But it’s great entertainment. 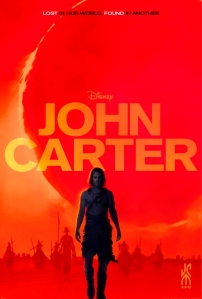