They put together a strong collection of short films here, some of which were connected to the /slash Filmfestival – where they did show You’re Next, the basis for the Simpsons Couch Gag; both Baskin and Monster were turned into feature films that were also part of the festival program – Baskin and The Babadook respectively; and Jason Eisener had segments in V/H/S 2 and The ABCs of Death, where Lee Hardcastle also made an appearance. The short films ranged from very funny and silly to outright terrifying and most of them were really effective, even if not all worked for me. 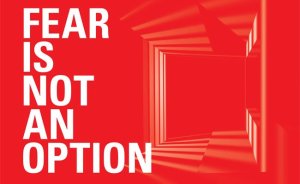 [After the jump I’ll talk about each of the films individually.]

END_OF_DOCUMENT_TOKEN_TO_BE_REPLACED

Plot:
Arda (Gorkem Kasal) is new to the police force. His troup, led by Remzi (Ergun Kuyucu), and consisting furthermore of Yavuz (Muharrem Bayrak) and Sabo (Sabahattin Yakut), sit around in a café where things seem playful on the surface, but some tension is noteable. Then they get called away and find themselves in a world that doesn’t seem to be quite on this earth and is full of horrors.

Baskin came with a lot of hype and promises of terrifying horrors. But in the end it’s neither as extreme nor as engaging as I expected. 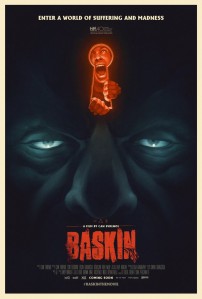