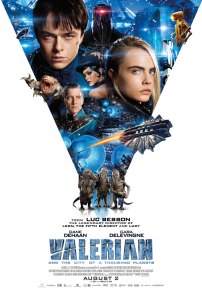 END_OF_DOCUMENT_TOKEN_TO_BE_REPLACED

Plot:
When a new weapon called Pandora’s Box is used to crash a satellite with enough precision to kill Augustus Gibbons (Samuel L. Jackson) and stolen from CIA headquarters by Xiang (Donnie Yen) and his people, high-ranking CIA operative Jane Marke (Toni Collette) knows she needs extra help. She finds Xander Cage (Vin Diesel) who has been living a quiet life of retirement. After hearing about Gibbons, Cage aggrees to track down Xiang and Pandora’s Box.

END_OF_DOCUMENT_TOKEN_TO_BE_REPLACED

Plot:
Shan (Yun Lin) is a mermaid with a mission. She and her people have been all but entirely pushed out of the sea and the very last corner they can still call their own is now severely threatened by the rural developments led by Liu Xuan (Chao Deng). So Shan – as the best walker – is chosen to find Xuan and to assassinate him. But she is fascinated with life on the shore, and with Xuan himself and soon finds herself questioning her own loyalties.

I had laughed my ass off at both Kung Fu Hustle and Shaolin Soccer, so my expectations for Chow’s most recent outing as a director were quite high. I’m happy to say that Mei ren yu was one of the funniest, silliest film I have seen in a very long time. Every second of it is brilliantly entertaining, even if there’s a serious core message in the film as well. 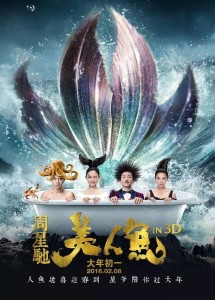