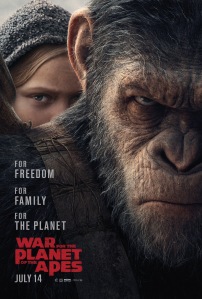 END_OF_DOCUMENT_TOKEN_TO_BE_REPLACED

Plot:
The Erudite have attacked Abnegation and Tris (Shailene Woodley), Four (Theo James), Marcus (Ray Stevenson), Caleb (Ansel Elgort) and Peter (Miles teller) are heading to Amity for a safe place to stay. But Erudite’s attack is just the beginning of an upheaval in their society in which the Divergent have a huge part to play. But Tris doesn’t know what exactly is going on. She just knows that Jeanine (Kate Winslet) won’t stop hunting her.

After Divergent I actually thought I’d skip Insurgent but then I was weak and went to see it after all. And it was actually worse than Divergent. 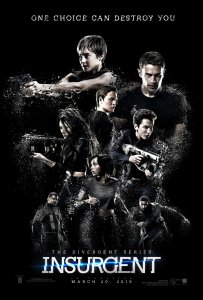 END_OF_DOCUMENT_TOKEN_TO_BE_REPLACED

Plot:
In the ten years since the events of the last film, the world has changed a lot. Most of the humans have been eradicated by the Simian Flu, the few survivors struggling to get by. In the meantime the apes have thrived in the Redwood Forest around San Francisco where Caesar (Andy Serkis) built an entire community and refuge for the apes. But now humans have not only returned to San Francisco but also the woods, looking for an old dam and with it, electricity. But can humans and apes ever coexist?

I rather enjoyed the last film, despite some of the more stupid things in it. But this one here was too stupid: it lost me pretty quickly and after it lost me once, there was no going back. 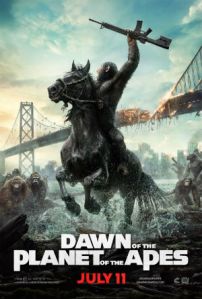 END_OF_DOCUMENT_TOKEN_TO_BE_REPLACED

Plot:
Since Jean’s (Famke Janssen) death, Logan (Hugh Jackman) has given up on being the Wolverine and lives a hermit’s existence. But he is tracked down by Yukio (Rila Fukushima) who works for the rich business man Yashida (Hal Yamanouchi). Yashida is dying and he would like to see Logan again who saved his life during WW2. Grudgingly, Logan flies to Tokyo, only to discover that things aren’t quite as clear cut. While he tries to figure everything out, protecting Yashida’s granddaughter Mariko (Tao Okamoto) becomes his priority.

The Wolverine is made of dumb. Did I expect it to be a good move? No. But I did think that somebody somewhere would have thought about the script and/or plot for more than five seconds. Apparently not. 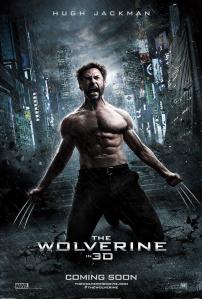 END_OF_DOCUMENT_TOKEN_TO_BE_REPLACED

Plot:
After the FBI has been hacked, John McClane (Bruce Willis) is supposed to bring in Matthew (Justin Long), a suspected hacker. What should be a routine pick-up and drop-off, ends up in a full-blown shoot-out. And suddenly McClane finds himself right in the middle of the biggest hack of the century, trying to avoid the complete dismantling of the financial system.

After I actually liked the third Die Hard movie, I thought that I had finally hit my stride with these films. Unfortunately McClane is totally unhinged in this film, and they liberally peppered the script with misogyny and racism. That is not cool. 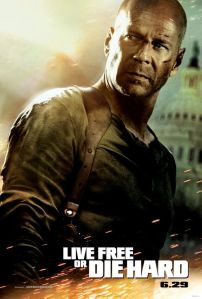 END_OF_DOCUMENT_TOKEN_TO_BE_REPLACED

Plot:
Douglas Quail (Colin Farrell) would be happily married to Lori (Kate Beckinsale), if it wasn’t for a recurring dream about a mysterious woman. He decides to confront this dream by going to Rekall Inc., a company that provides real-seeming memories of unreal events. But before the Rekall treatment actually occurs, Doug finds himself surrounded by police and discovers that the memories of his life are pretty much all fake: he is not who he thought he was. With several people on his tail, he tries to figure out what the hell is going on.

Total Recall, much like Prometheus, is not a movie that makes particularly much sense, but it is very pretty to look at. Unlike Prometheus, though, I found it really very entertaining. 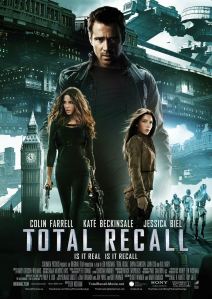