Plot:
Jamie (Lucas Jade Zumann) lives with his mother Dorothea (Annette Bening) who raised him all her own. They share their home with photographer Abbie (Greta Gerwig) and handyman William (Billy Crudup) and as often as Jamie’s best friend, the slightly older Julie (Elle Fanning), stays over, you could say she lives there as well. As Jamie tries to navigate puberty, his mother tries to make sure he becomes a good man, while Jamie is more interested in convincing Julie to have sex with him.

I wasn’t a huge fan of Beginners and unfortunately, 20th Century Women didn’t really blow me away either. The cast was good but as so often, the film focuses on the wrong guy. With emphasis on the guy part. 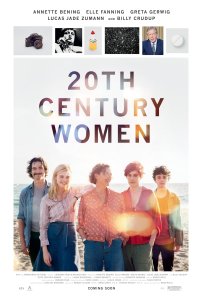 END_OF_DOCUMENT_TOKEN_TO_BE_REPLACED

Plot:
After the death of his wife, the 75-year-old Hal (Christopher Plummer) finally comes out to his son Oliver (Ewan McGregor) and the world. He quickly takes a younger lover, Andy (Goran Visnjic) but almost as fast, Hal is diagnosed with terminal cancer. After Hal’s death, Oliver struggles with depression and lacks a general direction when he meets Anna (Mélanie Laurent) and the two of them fall for each other.

The film has many good things going for it. Most notably the wonderful cast, the dog and the fact that it actually pulls off the manic pixie dream girl trope. The problem is, though, that it is yet another artsy film about the woes of a white guy who is charmingly quirky. Which should be a genre unto its own and labelled as such so I can avoid most of its brethren. 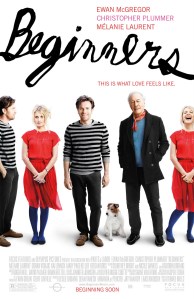