Plot:
Molly (Elle Fanning) has a big day planned with her father Leo (Javier Bardem). They have two doctor’s appointments, which is quite a challenge for and with Leo as he has early onset dementia. Molly does her best, but not everything works well – neither with Leo nor with her job that she is neglecting for her father. Meanwhile Leo is living alternative lives that make him re-examine the biggest life choices he made.

The Roads Not Taken is a beautifully acted, interesting film that focused too much on Leo for me – and not enough on Molly.

END_OF_DOCUMENT_TOKEN_TO_BE_REPLACED 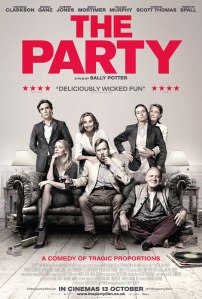 END_OF_DOCUMENT_TOKEN_TO_BE_REPLACED

Plot:
1962. Ginger (Elle Fanning) and Rosa (Alice Englert) grew up together and are best friends. While Rosa’s father left a while ago and she fights a lot with her mother (Jodhi May), Ginger’s parents Natalie (Christina Hendricks) and Roland (Alessandro Nivola) are still together, if barely. But as nuclear warfare is threatening the entire world, so is Ginger’s world starting to crumble and bit by bit things start to slip away.

END_OF_DOCUMENT_TOKEN_TO_BE_REPLACED

Orlando is a movie by Sally Potter based on Virginia Woolf‘s book of the same name, starring Tilda Swinton, Quentin Crisp and Billy Zane.

Plot:
Orlando (Virginia Woolf) is a young man during the reign of Elizabeth I (Quentin Crisp). When he vows never to grow old, he doesn’t. The movie follows his life and affairs, first with the Queen, then with the Russian Princess Sasha (Charlotte Valandrey). After Sasha returns to Russia, Orlando leads his life pretty love-less and soon ennui sets in. Then one night, he falls asleep and can not be woken for quite a period of time. Finally he wakes up and finds himself metamorphosed into a woman’s body. And that’s when his trouble really starts.

I admit that I have never read anything by Virginia Woolf, so I can’t compare the movie and the book (yet, at least). But I really enjoyed the movie. It was funny, interesting and beautifully shot. And it has really awesome costumes and a great set design.