Plot:
Lance Corporal Blake (Dean-Charles Chapman) and Lance Corporal Schofield (George MacKay) are called on by their superior officer General Erinmore (Colin Firth) to go on a special mission: they learned about a trap set for another battalion and if they aren’t warned, it will mean the death of 1,600 men. As Blake’s brother would be one of them, it falls to Blake and with him Schofield to deliver the message about the trap. The only problem is that they have to do it on foot and moving through enemy territory and if they don’t get there by morning, it will be too late.

I wasn’t sure whether I wanted to see 1917 at all, as my interest in war movies is limited. But I went to see it anyway (because Mendes, Deakins, that cast) and it’s definitely a film that hits home, despite some of my reservations about the general set-up.

END_OF_DOCUMENT_TOKEN_TO_BE_REPLACED

Plot:
The 00 program is still reeling from recent (forced) restructures. Now M (Ralph Fiennes) has to fight to keep it going at all as C (Andrew Scott) tries to establish a more technological data gathering approach to spying. Meanwhile, James Bond (Daniel Craig) is on a mission. A mysterious message from the old M (Judi Dench) reaches him, sending him to a funeral in Italy and with it right in the middle of Spectre – a secret organization that seems to have its hand in every major global event.

I’m not a huge Bond fan – which is probably why I enjoyed the most recent efforts in the franchise (well, apart from Quantom of Solace) as it seemed a step away from the worst of Bond’s inherent sexism. Plus, they were good actions films. Spectre, unfortunately, is a jump back into the 70s and with it, into all the Bond-pitfalls that the Craig-Bond-era has at least partly avoided. I was disappointed. 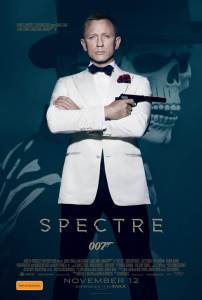 END_OF_DOCUMENT_TOKEN_TO_BE_REPLACED

Plot:
Charlie (either Joe Butler-Smith, Noah Crump, Johnny Evans-Hutchison or Zachary Loonie) lives with his parents and two sets of grandparents in a small house in the shadow of the huge Wonka chocolate factory. The factory has been closed to people for years, although chocolate is being produced, and nobody has seen the eccentric owner Willy Wonka (Jonathan Slinger) in just as long. But then exciting news is announced: Wonka will hide five golden tickets in his chocolate bars and whoever gets them can visit the factory on a guided tour. Charlie hopes that the one chocolate bar he gets for his birthday every year will be the lucky one. But as ticket after ticket is found, his chances dwindle.

I love Roald Dahl and since we saw the charming Matilda production in London last year, I was happy to give Charlie a try as well. Unfortunately the show doesn’t quite reach the heights it could have, although it is fun, entertaining and – no pun intended – sweet. 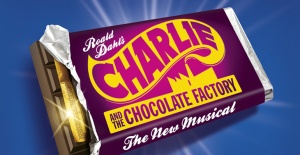 END_OF_DOCUMENT_TOKEN_TO_BE_REPLACED

Plot:
King Lear (Simon Russell Beale) is growing old and maybe even feels dementia approaching, so he decides to divide his kingdom between his three daughters and their husbands. But he expects a certain amount of flattery for it, which his youngest (and up to this point favorite) daughter Cordelia (Olivia Vinall) is unwilling to give him. Lear takes this as a sign that she doesn’t love him and banishes her. But a feeble king is the opportunity for all kinds of power struggles and soon there is trouble stirring all over.

This production of King Lear practically lives off the monumental performance by Simon Russell Beale. Though the rest isn’t bad either, he just takes center stage and completely dominates it. And maybe he should do that more often because the result is awesome. 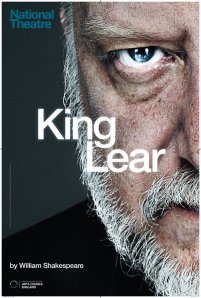 END_OF_DOCUMENT_TOKEN_TO_BE_REPLACED

Plot:
James Bond’s (Daniel Craig) mission is to protect a computer drive that contains the identities of several agents. But things go very wrong, Bond loses the drive and is shot by fellow agent Eve (Naomie Harris) – at the orders of M (Judi Dench). Believed dead, Bond disappears. But M has to face a lot of criticism for her actions and losing the list. When the MI6 HQ is bombed, Bond returns from his supposed death and he and M both have to face their pasts to clear this matter up.

I had heard only good things about Skyfall before seeing it and that might have made me expect a little too much. It was still a very good film, it just wasn’t as great as I had expected. 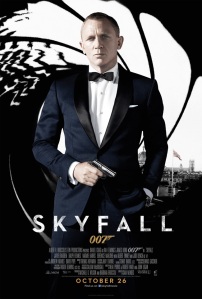 END_OF_DOCUMENT_TOKEN_TO_BE_REPLACED

Plot:
Burt (John Krasinski) and Verona (Maya Rudolph) are a happy couple, even if they have financial difficulties and rather crappy jobs. When they discover that Verona is pregnant and that Burt’s parents (Catherine O’Hara and Jeff Daniels) are moving away, they decide to start life anew and go on a (road) trip through the US, visiting friends and relatives to decide where that new life should happen.

Away We Go is another one of those movies where somebody somewhere decided that it is not fit for marketing. Oh, and what a bad choice again. It’s a wonderful, funny and heart-warming movie with a great soundtrack that I can only recommend. Over and over again. 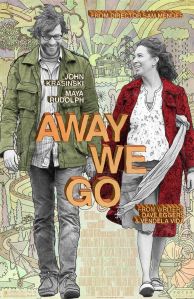 END_OF_DOCUMENT_TOKEN_TO_BE_REPLACED

Revolutionary Road is the film adaptation of Richard Yates‘ novel of the same title. It stars Leonardo DiCaprio and Kate Winslet and is directed by Sam Mendes. I haven’t read the novel [yet], but if you’re looking for a comparison between the two, I thought this article very enlightening [includes spoilers].

Plot:
April (Kate Winslet) and Frank Wheeler (Leonardo DiCaprio) are living the Suburban Dream(tm). But both are really unhappy, having imagined a different life for themselves, with great accomplishments. Slowly, they make their lives a living hell for each other until April’s suggestion to move to Paris seems to liberate both.

It’s a wonderful movie from start to finish. Very sad, very interesting and deep [I mean that in the good sense], perfectly acted and set in scene.