Plot:
Cee (Sophie Thatcher) and her father (Jay Duplass) have been roaming space for a while, always looking for the next possibility to make a little money. Now they have a contract to mine for gems on a remote moon. Their mission is not without its dangers to start with, but it becomes even more complicated than they thought. They run into Ezra (Pedro Pascal) who is looking for the very same gems they are – a volatile situation, leaving Cee to make some tough choices.

Prospect was pretty good, but not great. Overall, it left me with a positive impression but it just didn’t make me entirely happy.

END_OF_DOCUMENT_TOKEN_TO_BE_REPLACED

Plot:
Chip (Matthew Gray Gubler) has been dating Liza (AnnaLynne McCord) for a while, despite her being more than he can handle, really. One night, Liza brings the unsuspecting Chip to a robbery. She had a good plan but things start to get wrong and soon Chip finds himself trapped in the worst night of his life as he tries to find a way to survive the night and not get anybody else killed either.

I really wanted to like 68 Kill and it starts off well enough, but the longer it went on the more I started to hate it and its absolutely toxic take on both women and masculinity. 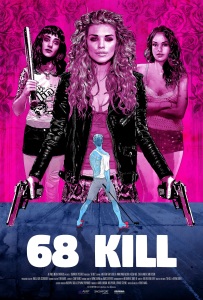 END_OF_DOCUMENT_TOKEN_TO_BE_REPLACED

XX is a strong and very entertaining anthology film that I enjoyed a lot. I particularly loved the animated transition sequences between the segments by Sofia Carrillo that turned into its own small story in the end.

But of course, there was also much to like about the actual segments of the film – I talk about each individually after the jump. 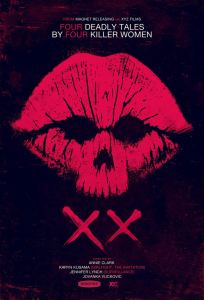 END_OF_DOCUMENT_TOKEN_TO_BE_REPLACED

Plot:
Morgan (Ingrid Jungermann) and her ex-girlfriend Jean (Ann Carr) may not be together anymore, but they still do everything together. That includes their podcast on the topic of female serial killers and working at the local food co-op. It is there that Morgan meets Simone (Sheila Vand) and falls in love with her head over heels. Despite warnings about Simone being a total stranger, Morgan throws herself into the new love. But things about Simone are weird – and maybe she’s hiding something.

Women Who Kill is an unusual film with strange characters who have the potential to be very unlikeable. It could have gone very wrong, but thanks to its dry sense of humor, it goes very right. I liked it a lot. 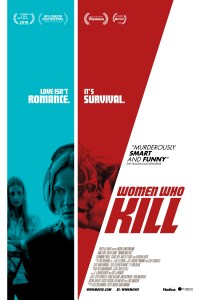 END_OF_DOCUMENT_TOKEN_TO_BE_REPLACED

Plot:
Arash (Arash Marandi) lives in the dead-end of Bad City, a town full of drug addicts – like his father (Marshall Manesh). But his live changes when he meets the Girl (Sheila Vand), a vampire using Bad City as her hunting ground. Slowly Arash and the Girl get closer to each other.

I really wanted to like A Girl Walks Home Alone at Night. I mean, an Iranian vampire western (which is how the film is introduced despite being shot in the USA by a British director)? How fucking awesome is that?! But unfortunately the film choked on its own coolness*. And it’s not even a proper vampire film. 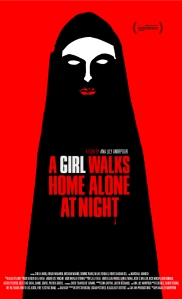