Plot:
When Daniel (Daniel Brühl) meets Julian (Benedict Cumberbatch) he is more than excited: Daniel has been keeping track of Julian’s hacking work and the WikiLeaks site he instated: a perfectly anonymous option for whistleblowers. Daniel wants to work with Julian and Julian lets him in, reluctantly at first. But soon their project gets bigger than they ever expected.

The Fifth Estate was an entertaining movie with a few lenghts and a disturbing subtitle-phobia. The cast was absolutely awesome, though. 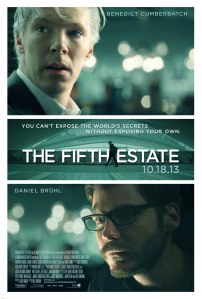