Plot:
Walter Black (Mel Gibson) suffers from depression. It’s gotten so bad that his two sons Porter (Anton Yelchin) and Henry (Riley Thomas Stewart) have completely turned away from him and also his wife Meredith (Jodie Foster) doesn’t know anymore what to do and kicks him out. Having reached rock bottom, Walter gets drunk and tries to kill himself. But before he can go through with it, a beaver hand puppet that he found in the trash takes over his life.

I’m not exactly sure what I expected of The Beaver (apart from not much), but it certainly wasn’t the movie I got – which was a lot better. Mel Gibson didn’t blow me away, but the entire film pays off for Anton Yelchin and Jennifer Lawrence. 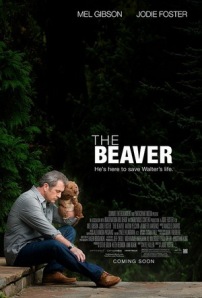 The film does have some lengths and sometimes Jodie Foster is a little too obvious in her direction. But most of the time, it works just fine, despite Mel Gibson who just really isn’t my cup of tea and who continuously overacts in my opinion.

Of course, an important part of that part of the story working so well is that both Anton Yelchin and Jennifer Lawrence are two of the most promising young actors and both really do a wonderful job with their respective roles, strongly supported by both the script and Foster’s direction. (Foster herself also turns in a strong performance.)

Sometimes the film gets a little too clichéd, but it manages to keep an emotionally honest core and ended up being surprisingly touching. 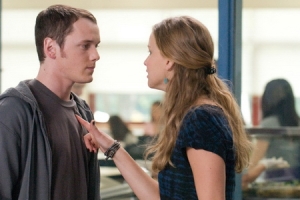 Summarising: Not perfect, but nice.