Plot:
A group of friends come to an old house to spend the weekend there. But there are strange things happening there.

It may seem like I’m shortchanging this play with the plot description, but that’s pretty much all the plot there is. And that is also the play’s biggest weakness: it focuses so hard on translating horror movie tropes to the stage that it forgets that tropes only make sense within a narrative. 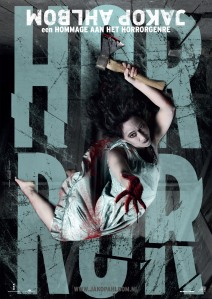 But that’s not how it worked out. And only part of that is that theater works differently from film and you can’t just trade one for the other. The other part is that usually, to make something scary, we need somebody or something to be scared for. Meaning: we need relatable characters in a story that puts them at risk. (That’s not 100% necessary, but it helps immensely.)

Now, Horror does have risky situations, but the people running around and being risked in those situations are less characters and more cardboard cutouts, and it’s hard to fear for a cardboard cutout. Especially when the story is so cliché that it doesn’t help with making you care what happens, either.

But taken purely as a special effects spectacle, Horror does have a lot to offer and it’s often, though not always, very clever. I just don’t think it’s quite enough to counterbalance the weak narrative. 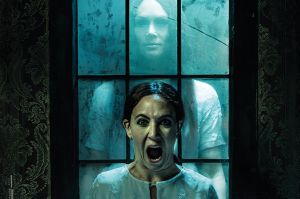 Summarizing: Special effects are good, but not necessarily worth it.