Plot:
Doris (Dora Kaiser) and her sister Carmen (Carmen Cartellieri) are very different people. Where Doris is all innocence and kindness, Carmen is much more selfish and calculating. But after their mother’s death, the two of them find work at the Variété together. Doris’ star keeps rising there and Carmen wants to capitalize on it any way she can.

I enjoyed large parts of the film, but in this case, the live music did the movie a disservice. That being said, there was still much to like about it.

The film starts off kinda funny, even though it veers off into very dramatic territory every once in a while from the very beginning and with each turn, it gets even more dramatic. It got a bit much for me after a while and at the end, when an overdone morale gets crammed into the film, it loses much of its power. But I wouldn’t say that I didn’t enjoy it. Especially the bits before all of the drama were pretty lovely.

The ending has the additional problem for me that there is suddenly a child on the farm and I just really didn’t understand who that child was and where it came from. Maybe I was being dense, but I just couldn’t follow.

The music, unfortunately, felt more fitting for a crime story than a sometimes funny melodrama. And that dissonance between the music and film was a little jarring, although the film does come out on top anyway.

The film was part of the Carmen Cartellieri retrospective during the Viennale and I do admit that I was very impressed by her. Not only was her character the most interesting part of the film (well, until they ruined her toward the end), but Cartellieri herself really did shine a little brighter than the rest. She’s not the only reason to make the film worthwhile, but she is a good part of it. 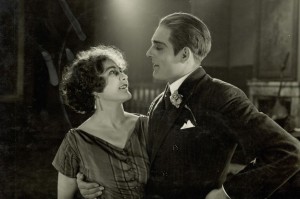 Summarizing: Not the best, but pretty good.