“Plot”:
In the middle of the Democratic Republic of Congo, Kasongo has to walk the 30km to the next town to sell charcoal to secure his livelihood. But the walk is long and comes with different risks and dangers that make it much harder than it sounds.

Makala being the story of one guy making his way from one village to the next might not seem like much.The film certainly does move slowly, but it also manages to make a lot of the voyage. 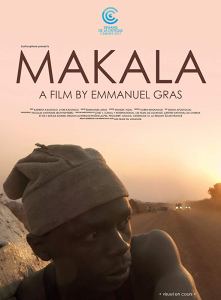 Makala actually starts with Kasongo chopping down the tree to produce the charcoal – so it does take a while until he actually gets going. But this step by step approach gives us an idea of how long and tiresome it really is for Kasongo to earn his livelihood and make sure his family can survive. 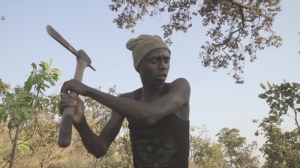 Gras captures Kasongo’s live in surprisingly beautiful images – suprisingly considering the way they had to shoot the film which was basically shot by Gras’ on his own. There are bigger, more elaborate and more funded productions that don’t manage to produce images like this.

The film is a tad long maybe and the music was a little too much for me: it would have been good if it held back a little more and had gone with a more subtle approach. But it’s worth it to dive into Kasongo’s world that is so very much unlike what we’re used to in Europe today – and yet so common in the DRC. 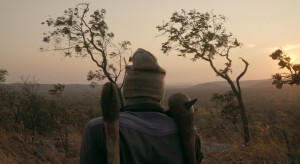