Plot:
Milla (Eliza Scanlen) meets Moses (Toby Wallace) quite by chance and is immediately drawn to his reckless way of approaching life. Moses, on the other hand, sees Milla as a good opportunity to maybe get some cash off of her. But when Milla gets a nosebleed, he helps and they end up spending the day together. When Milla brings Moses home for dinner, her parents Anna (Essie Davis) and Henry (Ben Mendelsohn) are horrified. Intensely protective of their daughter, because she is young and she is very sick, unkempt Moses seems like the biggest threat. And when Moses steals some drugs from them to sell them, their fears are confirmed. But Milla is unwilling to let go of Moses. No matter what her parents or even Moses say about it.

Babyteeth was my last cinema visit in this year of the pest and I could have definitely chosen a worse film to complete the cinema roster this year. It is a sweet film that manages to find some fresh new aspects to a story that isn’t all that new anymore.

END_OF_DOCUMENT_TOKEN_TO_BE_REPLACED

Plot:
Vers (Brie Larson) is one of the warriors on the Kree planet Hala, led by Yon-Rogg (Jude Law). They are fighting against the Skrulls. Vers is a skilled fighter, but she struggles with keeping her emotions in check and she also lost her memories, some of which may or may not be haunting her in her dreams. After yet another skirmish with the Skrull, Vers crashlands on Earth where she draws the attention of S.H.I.E.L.D., in particular Nick Fury (Samuel L. Jackson). Together they try to find out about Vers’ past, but also to find a way to fight the Skrulls that keep coming.

I am very content with Captain Marvel. It may not be the best of the Marvel movies but it is very good and a Marvel film with a woman at the center (and a woman directing) was more than overdue anyway. More of this please.

END_OF_DOCUMENT_TOKEN_TO_BE_REPLACED

Plot:
Robin (Taron Egerton) is a lord with good money. He’s also in love with Marian (Eve Hewson), a commoner. His life would have been fine if he hadn’t been drafted to fight in the crusades. Once there, he is not willing to accept his commanding officer Guy of Gisborne’s (Paul Anderson) cruelty, so he gets sent home again. Back home Robin realizes that the Sheriff of Nottingham (Ben Mendelsohn) had him declared dead, seized his property and is ruling the city with an iron fist. But there is also resistance brewing, led by Will (Jamie Dornan) – and Marian who is with Will now. Just when Robin is about to call it a day and disappear, Yahya (Jamie Foxx) shows up, offering to train Robin to take the fight to the Sheriff.

Robin Hood looks like it has the potential to be delightful trash. Unfortunately it takes itself way, way too seriously and it’s just not good enough to fit the bill of a good film, becoming a rather dreary film instead.

END_OF_DOCUMENT_TOKEN_TO_BE_REPLACED

Plot:
Wade (Tye Sheridan) spends every possible second in OASIS, virtual reality world where he can be Parzival and kick ass. When one of the creators of OASIS, James Halliday (Mark Rylance) dies, it is revealed that he left OASIS to whoever is able to find three hidden elements in it that could be anywhere. Obsessed with OASIS and Halliday as Wade is, he figures, he will give it a shot. But he’s not the only one trying to get it.

END_OF_DOCUMENT_TOKEN_TO_BE_REPLACED

Plot:
Winston Churchill (Gary Oldman) just became Prime Minister of the UK and he already has a huge decision to make: should he enter into peace negotiations with Nazi Germany or should he refuse any kind of arrangement with them, even if that means waging war against them? With less than enthusiastic support from the most powerful people around him, Churchill tries to make his decision.

To put it plainly, Darkest Hour is not a good film. Maybe it would have stood a chance with another (better) script, but what we got is just insufferable

END_OF_DOCUMENT_TOKEN_TO_BE_REPLACED

Plot:
There are rumors that the Empire is building a great new weapon, called the Death Star. The Rebel Alliance has caught wind of that and hatches a plan to steal the plans for that weapon as they heard that there was a structural weakness that they may use to destroy it. They believe that Jyn (Felicity Jones) may be the key to success as her father (Mads Mikkelsen) seems to be involved with the planning. But Jyn hasn’t seen her father in 15 years and she’s also not all that interested in helping the Alliance. But they do reach a deal and Jyn finds herself accompanying pilot Cassian (Diego Luna) on the mission.

I will probably never be super excited about Star Wars – it’s just not my franchise. But I did enjoy Rogue One a whole lot, despite a couple of lengths it suffered from. 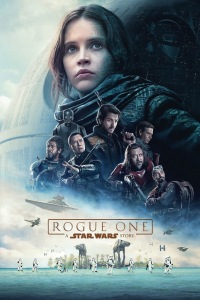 END_OF_DOCUMENT_TOKEN_TO_BE_REPLACED

Plot:
Jay Cavendish (Kodi Smit-McPhee) is on a mission: he has to find the love of his life, Rose Ross (Caren Pistorius), who has found a new home in the Wild West. Jay is all alone, which is not without dangers. When Silas Selleck (Michael Fassbender) stumbles upon him, he practically forces himself on Jay as a guide. Together they make the track West. But there seems to be more to the story than just simple romance and to Silas’ motivations than pure kindheartedness.

I’m not a huge fan of Westerns in general (though I do find myself starting to appreciate the genre), but quite apart from genre considerations, Slow West is a beautifully crafted, well executed film that I enjoyed a lot.

END_OF_DOCUMENT_TOKEN_TO_BE_REPLACED

Plot:
Billy (Christina Hendricks) lives alone with her two kids in a mostly abandoned neighborhood. When he’s not busy dreaming about his neighbor Rat (Saoirse Ronan), Billy’s older son Bones (Iain De Caestecker) tries to support them by stealing copper from the empty houses around them, which draws the ire of local thug (Matt Smith) who claims all the copper for himself. Threatened by foreclosure, Billy accepts a job offer from Dave (Ben Mendelsohn), her bank manager who has a little business at the side at a strange night club.

Lost River is not a perfect film. But it is an enchanting, strong debut that I won’t mind watching again.

END_OF_DOCUMENT_TOKEN_TO_BE_REPLACED

Plot:
Luke (Ryan Gosling) is a motorcycle stunt driver. But when he finds out that Romina (Eva Mendes) – with whom he had a fling a year earlier – had his son, he decides to give up his job and stay near them and take care of them. But since he lacks the resources to do so properly, he starts to rob banks which puts him right in the path of Avery (Bradley Cooper), a young and ambitious police man.

I loved Blue Valentine and the cast of this movie is pretty damn good, so I expected big things. Unfortunately, I was sorely disappointed. The Place Beyond the Pines is boring, clichéd and way too long.