Plot:
Sam (Andrew Garfield) spends his days in a daze as much as he can. Disillusioned, he doesn’t have goals or plans. One night, he watches his new neighbor Sarah (Riley Keough) as she swims in the pool. She catches him staring and invites him along. They have a nice time together and set a date for the next day – but then Sarah and her roommates are just gone. Sam believes that something more than a simple move is going on and starts to investigate. But nothing could prepare him for what he uncovers.

I won tickets to see Under the Silver Lake, and I am so fucking glad I didn’t actually spend money on this fucking film. It was so incredible exhausting and bad – an unfortunate attempt to emulate Lynch and failing incredibly hard at it. I hated it.

END_OF_DOCUMENT_TOKEN_TO_BE_REPLACED

Plot:
Joe (Ryan Kwanten) was just dumped by his girlfriend Beth (Margarita Levieva) which is why his geeky friends Eric (Steve Zahn) and Hung (Peter Dinklage) drag him off to a LARP. Joe enjoyed playing Dungeons and Dragons a while ago, but he is hesitant about LARPing. It doesn’t help either when it turns out that Eric actually summoned a very real and very murderous demon – and it’s up to them to stop it.

I expected this film to be an ode to LARPing with maybe a bit of friendly ribbing at the idiosyncracies of that particular subculture. But unfortunately Knigths of Badassdom doesn’t laugh with LARPers, it laughs at them – and it isn’t actually very funny. 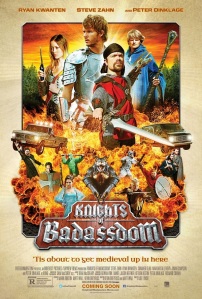 Plot:
John Cale (Channing Tatum) is a bodyguard and wants nothing more than to work for the Secret Service and on the protection detail of the president Sawyer (Jamie Foxx). Especially because his daughter Emily (Joey King) is a huge fan of the president. So when John actually gets an interview in the White House, he takes Emily with him. Unfortunately this just happens to be the day where the White House and the president are attacked. Suddenly everything depends on John.

It is hard to not compare this film to Olympus Has Fallen. And White House Down is the clear winner in that comparison. I didn’t even have alcohol and I enjoyed pretty much every second of it, even if not everything was supposed to be as funny as it was. 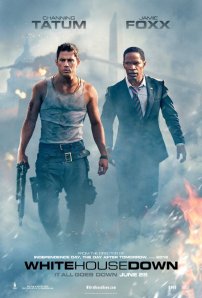 END_OF_DOCUMENT_TOKEN_TO_BE_REPLACED

Plot:
Amy (Sara Foster), Max (Meagan Good), Dominique (Devon Aoki) and Janet (Jill Ritchie) are part of the D.E.B.S. – a group of students recruited as spies. When their big nemesis Lucy Diamon (Jordana Brewster) comes into town, they start to surveil her. But when Amy actually meets Lucy, she’s surprised by the instant attraction she feels towards her. Caught between her obligations and her heart, Amy has to decide which way to go.

Despite all the attempts by its marketing to sell this as a “sexy, kick-ass, lesian schoolgirls wank fantasy”, D.E.B.S. is actually a whole lot of fun. It’s extremely silly, but also absolutely adorable and it made me laugh. 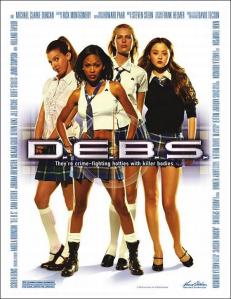 END_OF_DOCUMENT_TOKEN_TO_BE_REPLACED

Plot:
When Abraham (Benjamin Walker) was a child, he had to watch as the vampire Jack Barts (Marton Csokas) killed his mother. Years later, still filled with thoughts of revenge, he tries to kill Barts and has to be saved by Henry Sturgess (Dominic Cooper) who then goes on to teach him how to fight vampires – but on the condition that Abe only kills the vampires Henry points out. After training is over, Abe moves to Springfield where he works for Joshua Speed (Jimmi Simpson) as a store clerk, studies law and kills vampires. But his thirst for revenge is still not satisfied.

Abraham Lincoln: Vampire Hunter is absolutely trashtastic. By which I mean, it is not a good movie, in fact quite the opposite, but it is an extremely entertaining one. 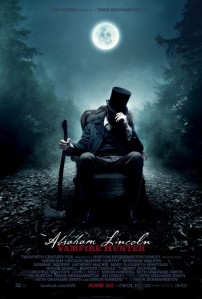 END_OF_DOCUMENT_TOKEN_TO_BE_REPLACED

Plot:
In a world, where no human knows how to lie, things can be pretty cruel for a guy like Mark (Ricky Gervais): Not particularly attractive, successful or intelligent – and the world keeps telling him directly. After going out with the beautiful Anna (Jennifer Garner) who shoots him down the next day, being fired and about to be evicted, Mark is ready to just quit. That’s when he tells the world’s first lie. Unsure how he is able to do it or what exactly to do with that new ability, he jus tknows that his life is about to change.

I haven’t heard any good things about this movie beforehand [and it was again one of those films that even get a cinematic release in Austria]. But this movie was actually pretty good – good concept, good jokes and a fantastic cast. 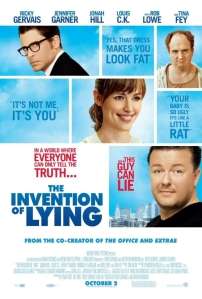