“Plot”:
In this documentary, Palm tackles the question of analogue versus digital filmmaking, interviewing experts in archiving and technology as well as filmmakers and artists like Martin Scorsese, Christopher Nolan, Apichatpong Weerasethakul and Tacita Dean.

Personally, I’m a fan of digital film and I never really understood why people get so obsessed with analogue film. After having seen this documentary, I still don’t really understand it, but nevertheless, it allowed me to consider new aspects about the issue.

END_OF_DOCUMENT_TOKEN_TO_BE_REPLACED

Plot:
Jordan Belfort (Leonardo DiCaprio) dreams of making a whole lot of money on Wall Street. At first this seems rather impossible, especially since the stock markets crash right when Jordan gets his broker’s license. But then Jordan finds a way to make it big, even if it’s not entirely legal. He enjoys the money way too much to care about that. Even when the FBI gets involved, he can’t stop.

The Wolf of Wall Street was one of the most uncomfortable movie experiences I had in recent times. It was not only the content, but also the length and the audience that had me cringing.

END_OF_DOCUMENT_TOKEN_TO_BE_REPLACED

Plot:
George Harrison: Living in the Material World is a documentary about the Beatle George Harrison. Through interviews with his friends, family and colleagues, it looks at his role in the group itself, but also his life after the Beatles, his search for meditation and inner truth, his career as a solo-artist and his family life until his death in 2001.

They showed the two parts of this documentary at once – altogether 208 minutes – and admittedly that got a little long. But it’s a fascinating piece of film with interesting perspectives. 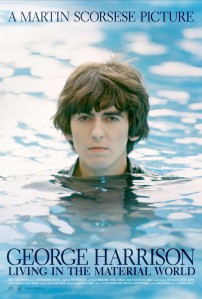 END_OF_DOCUMENT_TOKEN_TO_BE_REPLACED

Plot:
After the death of his father (Jude Law), Hugo (Asa Butterfield) started to live in Paris’ Central Station, winding the clocks and trying to rebuild an automaton he and his father were working on. When he tries to steal some cogs from Papa George (Ben Kingsley), he gets caught and George takes the notebook in which Hugo’s father detailed the plans for the automaton. So Hugo enlists Papa George’s ward Isabelle (Chloe Moretz) to get it back. But what is George’s connection to the automaton in the first place?

Hugo is a beautiful, engaging and very entertaining. Plus, it’s basically a love letter to George Méliès – and there’s definitely nothing wrong with that. I really enjoyed every minute of it.

END_OF_DOCUMENT_TOKEN_TO_BE_REPLACED

Plot:
US Marshall Teddy Daniels (Leonardo DiCaprio) and his partner Chuck Aule (Mark Ruffalo) are called to Shutter Island, a mental institution to investigate the mysterious disappearance of a young woman (Emily Mortimer). As soon as they reach the island, a storm hits and they are prevented from leaving. Haunted by his own ghosts from the past, Teddy soon discovers that things are not what they seem on Shutter Island.

While the story is mostly good and Scorsese delivers fine work, the movie hinges on Leonardo DiCaprio’s performance. And boy, does he ever deliver… It was terrific to watch.