Plot:
When Michael Peterson (Tom Hardy) is 19 years old, he robs a post-office. He is apprehended pretty quickly and sentenced to 7 years in prison. But due to his violent behavior, his sentence keeps getting prolonged and he spends most of the decades he ultimately is imprisoned in solitary confinement. There he grooms his public persona Charles Bronson, who started as a bare-knuckle fighter. Peterson/Bronson notoriously becomes Britain’s most violent prisoner.

Bronson is not an easy film to watch but it’s a film that leaves a mark. It definitely left a deep impression on me. 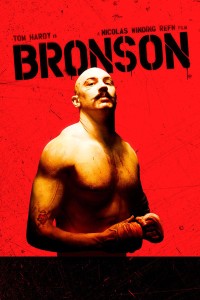 END_OF_DOCUMENT_TOKEN_TO_BE_REPLACED

Plot:
Jesse (Elle Fanning) just moved to L.A., dreaming of a career as a model. She meets photographer Dean (Karl Glusman) and make-up artist Ruby (Jena Malone) who both take a shine to her and try to help. Since there is something about Jesse, that seems barely necessary though – her career is definitely off to a good start. But young girls like Jesse are quickly swallowed by the fashion world and grow older too fast – which is what happened to Gigi (Bella Heathcote) and Sarah (Abbey Lee), who can’t stand Jesse waiting in the wings to take their place.

The Neon Demon is a hypnotizing film that manages to conjure up an intriguing atmosphere that kept me glued to my seat. But – as with Drive – it only worked for me because I read it completely different from what Refn apparently intended to say. 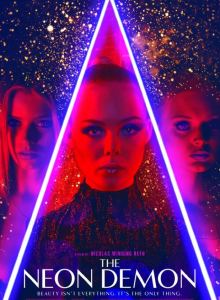 END_OF_DOCUMENT_TOKEN_TO_BE_REPLACED

I saw Valhalla Rising almost five years ago and the film intrigued me. A lot. So getting another chance to see it in the cinema was quite a treat, especially since I might be even more intrigued after the second watch.

END_OF_DOCUMENT_TOKEN_TO_BE_REPLACED

Plot:
Julian (Ryan Gosling) manages a boxing club in Thailand, including some drug business with his brother Billy (Tom Burke). When his brother kills an underage prostitute, police man Chang (Vithaya Pansringarm) allows the girl’s father to kill Billy. Her son’s death brings Crystal (Kristin Scott Thomas) to Bangkok, where she demands that Julian avenge Billy. But Julian is hesitant about this.

Only God Forgives is a heavy movie. It’s slow, gory and tells its story in dreamlike fragments. I understand that it isn’t for everybody, but I could lose myself in it. 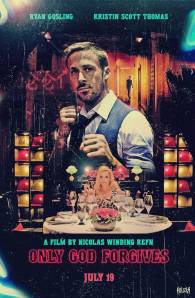 END_OF_DOCUMENT_TOKEN_TO_BE_REPLACED

Plot:
Harry’s (John Turturro) wife Claire (Jacqueline Ramel) was shot and killed. Nobody knows why or by whom. Harry spends all his spare time looking at security footage and trying to piece everything together. He is haunted by visions of Claire which are slowly but surely pointing him in a certain direction. So Harry starts investigating even harder and finds a trace that leads him to Kate (Deborah Kara Unger) and the murderer.

Fear X is an idiosyncratic movie. It’s beautiful to look at, with a mesmerizing performance by John Turturro but it won’t fit any mold easily.

END_OF_DOCUMENT_TOKEN_TO_BE_REPLACED

Plot:
The Driver (Ryan Gosling) is actually a stunt man, but he also works as a getaway driver for robberies. He is always on the move. The only constant in his life is his employer/agent/friend Shannon (Bryan Cranston). Shannon tries to find funding to get him established as a race car driver. When the Driver gets involved into a heist for the sake of a friend, things start to go wrong very quickly.

END_OF_DOCUMENT_TOKEN_TO_BE_REPLACED

Valhalla Rising was completely different from what I expected. Probably because I had only seen the trailer before, which emphasises every brutal moment. Anyway, what I thought I would get was a viking bloodbath; what I actually got was a calm, a little trippy movie with occasional bouts of violence. And once I got over my expectations, I enjoyed the hell out of it.