Plot:
The Driver (Ryan Gosling) is actually a stunt man, but he also works as a getaway driver for robberies. He is always on the move. The only constant in his life is his employer/agent/friend Shannon (Bryan Cranston). Shannon tries to find funding to get him established as a race car driver. When the Driver gets involved into a heist for the sake of a friend, things start to go wrong very quickly. 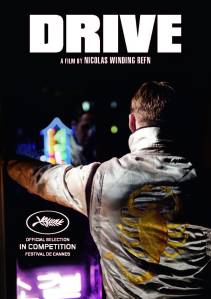 There are only two things that I can criticize about the film. The first is that towards the end it might get a little too cool for its own sake. Not much, but a smidge. [I think the mask is what overdoes it, especially since I didn’t understand why it was necessary.] The second is that Ryan Gosling doesn’t undress at all. Doesn’t even take off his shirt. And that is just plain sad.

But other than that, it was absolutely brilliant. Ryan Gosling is great, even when he doesn’t take off his clothes. [But you’re probably aware that I’m a huge fan of Gosling’s and that I think he is one of the most talented actors around, so that assessment won’t surprise you.] And the rest of the cast was fantastic, too. 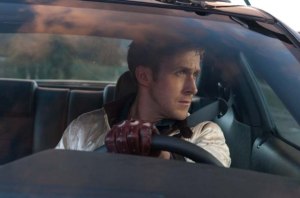 The Driver is a great character, though not that as much of a hero as the tagline of the film might want to make you believe. [SPOILERS] He is cool and has his code of honor, but he’s also a psycho. In the end, when Irene (Carey Mulligan) goes back to his door, I wanted to shake some sense into her. Seriously, woman, you just watched him kick a guy’s face in – that’s not really a sign of mental stability. I mean, yeah, he looks like Ryan Gosling and he’s nice to the kid, but dude… I think you’re lucky he wasn’t home. [/SPOILERS]

People have been full of praise for the soundtrack, but I actually enjoyed the score more than the popsongs (which were a little hipster-ironic, but not bad).

Despite all of those excellent things, I don’t think the film would have worked with a director who was only a touch less talented than Nicolas Winding Refn. But it has Refn and its beautiful cinematography and it works perfectly. 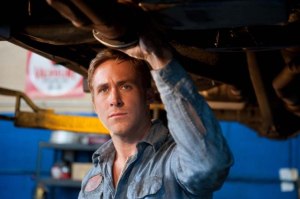 Summarising: Nothing but praise. An instant classic, and a definite must-see.