Plot:
David (Steve Carell) lives with his wife Karen (Maura Tierney) and their two children (Oakley Bull, Christian Convery), as well as David’s son from his first marriage Nic (Timothée Chalamet). Nic is about to finish high school and should be going off to college soon. But instead, David finds out that Nic is an addict. David puts Nic in rehab, and things seem to be going fine at first. But rehab is a long and hard process.

Beautiful Boy is a touching film about addiction that manages to escape the Hollywood treatment of its story and stays grounded in reality. It is fantastic.

END_OF_DOCUMENT_TOKEN_TO_BE_REPLACED

Plot:
Laurel (Julianne Moore) falls in love with Stacie (Ellen Page) and vice versa. The two build their life together, a life that Laurel carefully shields from her job as a cop and even her partner Dane (Michael Shannon). But then she is diagnosed with cancer and things are not looking good. As Laurel realizes that she’ll probably not survive, she knows that she has to fight to have Stacie and her (civil) partnership with her recogniced by the city council to make sure that Stacie will get the spousal pension after Laurel’s death. But the council is not willing to make that happen.

Freeheld is a conservatively made film about a progressive topic: while the filmmaking here is not revolutionary, the fight for queer rights is and as we keep seeing over and over again, it’s unfortunately far from won. So keep the films on coming and if they push every emotional button in the most obvious way, it’s even better: people obviously still need the basic lessons. 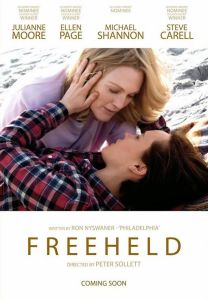 END_OF_DOCUMENT_TOKEN_TO_BE_REPLACED

Plot:
Michael Burry (Christian Bale) may not have many social skills, but he knows finance. And he knows that something will have to give in the world of finance – and that he can profit from the banks’ greed if he plays his card rights. So he starts betting against banks, assuming that the loans they give out will start to collapse. His tactic becomes known to Wall Street Broker Jared Vennett (Ryan Gosling) who approaches fund manager Mark Baum (Steve Carell) with the proposal to do the same. At the same time, college kids Charlie Geller (John Magaro) and Jamie Shipley (Finn Wittrock) enlist veteran investor Ben Rickert (Brad Pitt) to join into their own version of Burry’s scheme.

The Big Short treads pretty much the same ground as Margin Call, only that it is much more entertaining and made me understand the bursting of the real estate bubble much more.

END_OF_DOCUMENT_TOKEN_TO_BE_REPLACED 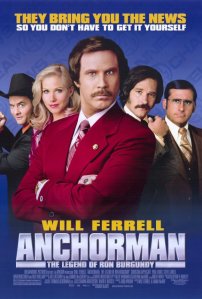 END_OF_DOCUMENT_TOKEN_TO_BE_REPLACED

Plot:
Mark (Channing Tatum) and Dave Schultz (Mark Ruffalo) are brothers and successful wrestlers, although Mark has always been in the older Dave’s shadow. But when the rich John du Pont (Steve Carell) approaches Mark to be the star of his Olympic wrestling team and in fact, put that team together, Mark sees an opportunity to finally get his own place in the spotlight. Instead, though, Dave joins them as the team’s coach and the increasingly erratic du Pont shifts his focus on Dave, leading to a completely unstable situation.

Foxcatcher has to be one of the most boring movies I’ve ever seen. It felt like it happened it real time – and since the film covers a period of a few months, of not more than a year, that certainly isn’t a good thing. And ultimately, when you’ve sat through the entire ordeal, it leads you nowhere at all.

END_OF_DOCUMENT_TOKEN_TO_BE_REPLACED

Plot:
Duncan’s (Liam James) mother Pam (Toni Collette) and her new boyfriend Trent (Steve Carell) are taking Duncan and Trent’s daughter Steph (Zoe Levin) to Trent’s beach house for the summer. Duncan is less than overjoyed. He doesn’t get along with Trent at all, his mother spends all her time with Trent though. Steph ignores him and while the neighbor’s daughter Susanna (AnnaSophia Robb) is friendly, she’s also older and has her own problems. And then Duncan meets Owen (Sam Rockwell), the cool if slightly immature manager of the local water park and somehow Duncan and Owen become friends.

The Way Way Back was very sweet for the most part, had a really nice cast and a wonderful sense of humor. Some things I didn’t like that much, but generally I really enjoyed it. 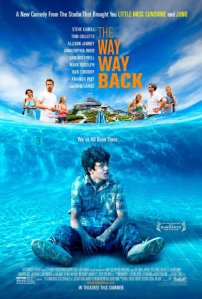 END_OF_DOCUMENT_TOKEN_TO_BE_REPLACED

Plot:
Gru (Steve Carell), his girls and the minions are living the good (and honest) life. But when a new villain shows up, Gru is recruited by Lucy (Kristen Wiig), agent of the Anti-Villain-League. Together they start staking out the local mall, which not only prompts Gru’s girls to dream about a woman in his life, but also Gru himself.

I thought that I could maybe get more into Despicable Me 2 than I did into Despicable Me. Because it seems to have all the right ingredients for a movie that I would like. But somehow it ends up missing its mark with me. Or, to be more exact, it hits its mark and then it continues on and on until it’s so far past the mark it’s like it didn’t hit in the first place. (This might sound a little harsher than I mean it, but it’s still true.) 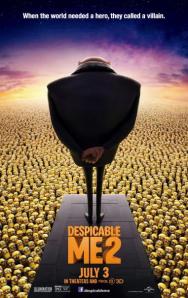 END_OF_DOCUMENT_TOKEN_TO_BE_REPLACED

Plot:
Gru (Steve Carell) is a super-villain whose best days are past. When he hatches a plan to steal the moon with the help of a shrink ray, all that’s missing is the necessary cash for the operation. So he goes down to the Bank of Evil – and is denied credit. When Gru tries to follow through with his plan on his own, he is bested by Vector (Jason Segel), the nerdy new kid on the supervillain block. Since Gru is unable to recover the shrink ray, he makes a new plan: Vector has a weakness: cookies. So Gru adopts three little girls and sends them to his house to sell him some. But what Gru didn’t expect was that he’d start to like the little girls.

When I saw Despicable Me for the first time, I wasn’t very excited about it. Now that I re-watched it, I’m still not. Yes, it’s sweet and the minions are awesome, but it just feels so run of the mill that it doesn’t really get anywhere.

END_OF_DOCUMENT_TOKEN_TO_BE_REPLACED

Plot:
After 35 years of marriage, Kay (Meryl Streep) and Arnold (Tommy Lee Jones) co-exist rather than actually live together. After stumbling on a couple’s therapist, Kay decides that something needs to be done. So she arranges for her and Arnold to travel to Hope Springs and see said therapist, Dr. Feld (Steve Carell). Arnold grudgingly comes along, even though he’d rather leave things as they are. But can a week’s worth of intense therapy really save their marriage?

Hope Springs is a sweet film. Though it is a bit more serious than you might think, it tells its story well and with a whole lot of empathy.