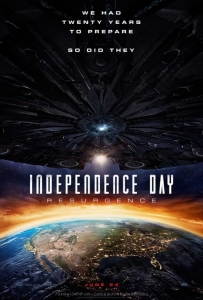 END_OF_DOCUMENT_TOKEN_TO_BE_REPLACED

Plot:
At the very west of the settling effort in the USA, three women (Grace Gummer, Miranda Otto, Sonja Richter) have a psychotic break and there are no options for help in the settlements and their husbands (David Dencik, William Fichtner, Jesse Plemons) are partly overwhelmed and partly cruel, but generally of not much use. Reverend Dowd (John Lithgow) suggest that the women should be taken back east to get some help, and the only one willing to do that is Mary Bee Cuddy (Hilary Swank) who is trying to build her life in the west on her own. Mary Bee stumbles upon George Briggs (Tommy Lee Jones) who has been left to hang, and saves his life, but demands that he come with her to bring the women to safety. And so the five of them set off on the dangerous trek, despite the general unwillingness of everybody involved but Mary Bee.

The Homesman could have been a good film, if it hadn’t been for George Briggs and the movie’s obsession with him. 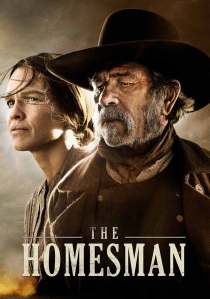 END_OF_DOCUMENT_TOKEN_TO_BE_REPLACED

Plot:
2154. The rich people have left the polluted and pretty much destroyed Earth to live with all the good things on the space station Elysium, while the poor people are stuck down on Earth, living in squalor and sickness and pain. One of these people is Max (Matt Damon) who works hard and tries his best not to go back to prison. But when he’s exposed to a fatal amount of radiation in a work accident, which could be cured on Elysium, he takes on a mission with far more reach than just his own life. 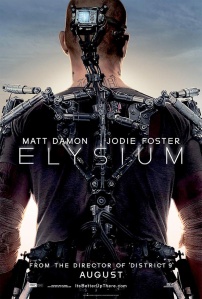 END_OF_DOCUMENT_TOKEN_TO_BE_REPLACED

Plot:
John Reid (Armie Hammer) is a lawyer by vocation. He believes in everything the law stands for. In his capacity as prosecutor, he’s accompanying the infamous murderer, cannibal and generally awful human being Butch Cavendish (William Fichtner) who was finally apprehended and is supposed to be hung in John’s hometown. Also on the transport is Tonto (Johnny Depp), a Comanche accused of nobody knows exactly what. When Cavendish manages to escape, it leads to the unlikely and very reluctant team-up of Tonto and John, who becomes The Lone Ranger.

Before going into the film, I only heard awful things about it. Starting with the casting of Johnny Depp as a Native American to the general dumbness of it. So my expectations weren’t high, but I was willing to give the film a try because I like Verbinski’s other stuff. But it turns out that all the terrible things were true. 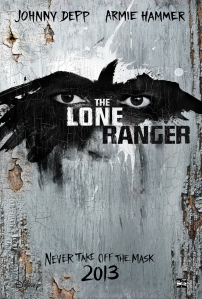 END_OF_DOCUMENT_TOKEN_TO_BE_REPLACED

Plot:
Dolph (Jack Plotnick) wakes up one day to find his dog Paul who he loves more than anyone else, gone without a trace. He tries to keep his mind off of things by calling a local pizza delivery service to inquire about their logo which leads to a nice conversation with Emma (Alexis Dziena). His gardner Victor (Eric Judor) tries to tell him something about the palm tree in the garden. At work, Dolph is rained on. Finally he is contacted by Master Chang (William Fichtner) who knows about Paul.

Rubber was weird. Wrong is weirder. And it’s also more awesome. Where Rubber had me smiling, Wrong had me laughing out loud. And William Fichtner is just to die for. 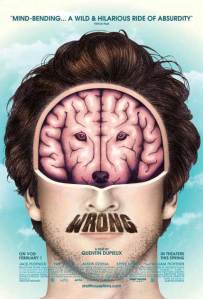 END_OF_DOCUMENT_TOKEN_TO_BE_REPLACED

Plot:
John Milton (Nicolas Cage) manages to escape from hell to save his granddaughter who has been abducted by Jonah King (Billy Burke), head of an evil sect who plan to sacrifice her. John pairs up with Piper (Amber Heard) because she has a cool car and an attitude and starts to hunt down King, while being hunted himself by The Accountant (William Fichtner) who was sent to bring him back to hell.

I did not expect Drive Angry 3D to be any good. I expected it to be incredibly campy and entertaining and fun. But I was very disappointed nonetheless because I ended up being bored. 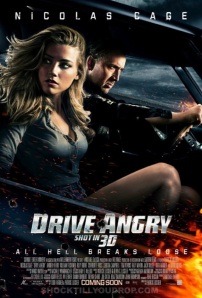 END_OF_DOCUMENT_TOKEN_TO_BE_REPLACED

Plot:
1999: Lenny (Ralph Fiennes) is a former cop who now makes his money by selling discs that can be inserted into the so-called SQUIDs: machines that can record everything a person experiences and can play it back to somebody else so that they experience it themselves. These recordings are illegal, and often record illegal things happening. Lenny’s life is pretty pathetic, he barely makes enough money to survive and he still dreams of his ex-girlfriend Faith (Juliette Lewis). The only constants in his life are his friends Max (Tom Sizemore) and Mace (Angela Bassett). In the middle of the world preparing for the new millenium, Lenny stumbles upon a conspiracy somehow involving Faith.

Strange Days is a pretty fantastic movie. The cast is great, the ideas interesting and even though the camera moves practically all the time, it never gets too shaky. The weakest point is the script, though – the big twist at the end is way too obvious, most of the characters are a little flimsy and the dialogue hurts a bit sometimes. 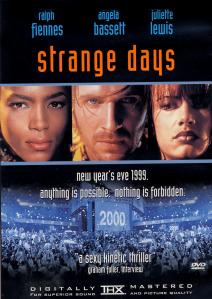 END_OF_DOCUMENT_TOKEN_TO_BE_REPLACED

Plot:
The Fosters (Steve Carell, Tina Fey) are a rather ordinary couple – he is a tax lawyer, she a real estate agent. Once a week, they have their Date Night, which is mostly the same every week. One week, they decide to do something special and have dinner in New York. But they arrive late at this ultra-hip restaurant and don’t get a table. On a whim, they decide to take the reservation of somebody else. Unfortunately these somebodies are in real trouble and now the Fosters get caught up in the whole thing.

Date Night is nothing special, but it has some really awesome moments. It’s fun and it will keep you entertained, as long as you don’t expect a meditation on life and death. [But honestly, who would?] 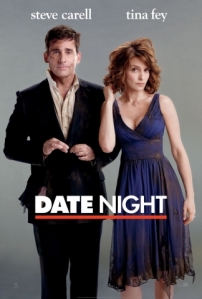