Fame is the remake of the 1980 movie directed by Kevin Tancharoen, starring a bunch of people nobody really cares about (or will care about in the future) with the possible exception of Charles S. Dutton, Megan Mullally and Kelsey Grammer.

Plot:
A bunch of talented kids make their way through a Performing Arts High School with all the teenage drama and performances that come with it.

I walked into that movie not expecting much and I wasn’t surprised. The movie is utterly inconsequential, chock-full with clichés and stereotypes and has really nice dance and music scenes. 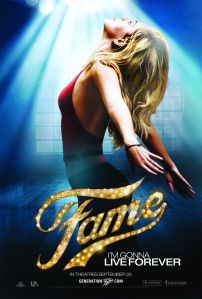 People, this film is hardly worth a review. I haven’t seen the original film, I don’t know if it’s any better, but it can hardly be any worse. It’s not so bad that I can really bitch about it, but it doesn’t really have many redeeming features, either.

I mean, the actors are wooden at best (excepting the three mentioned above), the pacing of the story is pretty much off and the plot, when there is one, is ridiculous. What the movie does best is the dance scenes and curiously, it’s the thing it does least. 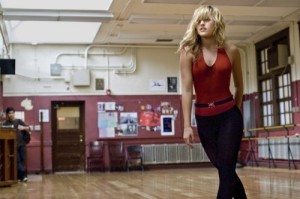 There are just a couple of things I’d like to point out: 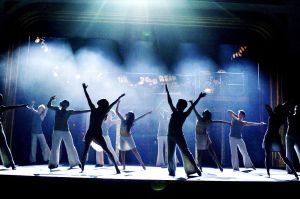 Anyway, the movie is utterly skippable. The only scene worth seeing is this one:

[Note: The teacher telling the student that he sucks so much he should become a teacher. Irony completed.]