Plot:
Eric Packer (Robert Pattinson) is young and rich and drives through New York in his limousine trying to get a haircut. But since the president is visiting the city, traffic is pretty clogged up and this takes a lot longer than anticipated. Eric starts taking several meetings in his car but bit by bit his life is crumbling apart, as Eric purposefully loses money and sabotages himself.

Holy fucking shit, this movie is extremely bad. I thought that Cronenberg would outweigh Pattinson’s total lack of charisma, but unfortunately the script is a single excercise in what-the-fuckery that depends on said non-existant charisma and so the entire film is set up to fail. 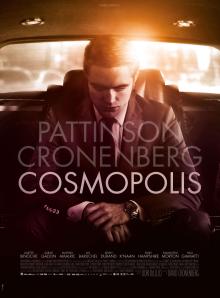 I don’t know if it’s the source material (that I didn’t read) or if it’s just the film but there’s not really anything about it at all that makes sense. Though non-sensical wouldn’t have been so bad, if it had been entertaining at least. But on top of all the non-sensical, pseudo-deep waxing, the movie was incredibly boring.

My brain just wanted out of this film basically the minute it started. I felt like my brain started cramping because it was desperately trying to follow the film. Or at least get something out of it. 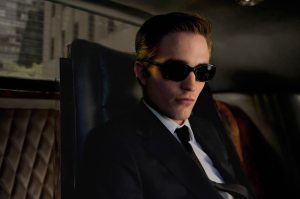 It might have worked better if there had been somebody in the lead role that I found attractive and/or that had more than a pinch of charisma (I’m thinking Michael Fassbender or Alexander Skarsgard might have worked. Very big MIGHT though). It’s not that Robert Pattinson acted so badly, but that role was just about three sizes too big for him. And I just didn’t care one bit about Eric, right off the bat.

At least there were some really nice actors in the supporting roles. I always enjoy Samantha Morton and Juliette Binoche. Kevin Durand has all the charisma that Pattinson lacks and Mathieu Amalric delivered very funny five minutes. But that just really wasn’t enough to make this film worth it. 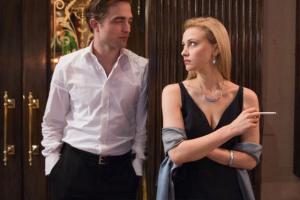