Plot:
Tax official Chichikov comes to a small town in the middle of nowhere and he has a mission there: to acquire as many ‘dead souls’ for as little money as he possibly can. Dead souls are serfs that have died but their death has not been registered by the census yet, so their owners still pay taxes for them. It stands to reason that they would want to get rid of those souls. But why would Chichikov want them and why would he fight for them in increasingly absurd negotiations?

Dead Souls is a play full of pretty cool ideas, but unfortunately none of them really come to life and you’re settled with a play that is over two hours long and doesn’t have any breaks which ends up just being exhausting, nothing else.

END_OF_DOCUMENT_TOKEN_TO_BE_REPLACED

Pretty Monsters is a short story collection by Kelly Link, with illustrations by Shaun Tan.

Pretty Monsters is a wonderful collection, sometimes eerie, sometimes funny and always beautifully written. All stories are fantastic/science-fictional but all in very different ways, showing the (apparent) ease with which Link changes styles and narrative voices. She’s also really good at balancing humor and big (and often sad) issues. Tan’s illustrations (at the beginning of each story) perfectly capture the atmospheres as well. I might not have liked all the stories equally well, but there was no story I didn’t like.

After the jump more about each of the stories. 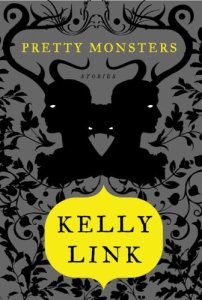 END_OF_DOCUMENT_TOKEN_TO_BE_REPLACED

Plot:
Max (Tom Hardy) is still wandering through the postapocalyptic desert when he is attacked and caught by a group of War Boys. They bring him to their home, where they are ruled by Immortan Joe (Hugh Keays-Byrne). Max is supposed to become a blood bank for one of the War Boys, Nux (Nicholas Hoult). But before that fate kills him, all the War Boys are sent out to go after Furiosa (Charlize Theron), one of Immortan Joe’s generals who took his wives and tries to bring them to the safety of her home town. So Max finds himself strapped to a car and right in the middle of a revolution.

Mad Max: Fury Road is probably the most entertaining of the Mad Max movies, well in the tradition of the last two Mad Max films with gorgeous visuals and excellent world-building and a surprisingly feminist outlook.

END_OF_DOCUMENT_TOKEN_TO_BE_REPLACED

Plot:
Max (Mel Gibson) wanders the postapocalyptic desert alone, when he is robbed. Knowing that there is only one place where the thieves could go with his things – Barter Town – he heads there to try to get his stuff back. But to enter Barter Town you have to have something to trade. So Max offers his services – an offer that gets taken up by Aunty Entity (Tina Turner), the founder of Barter Town. But things don’t go quite as planned and Max finds himself banished into the desert without water and food. As luck will have it, he is found by a group of orphaned children who see him as the savior they’ve been waiting for. But can Max be that person?

I spent most of the Mad Max Beyond Thunderdome with my mouth open, marveling at the world we get to see and wondering what the fuck is going on. It was awesome.

END_OF_DOCUMENT_TOKEN_TO_BE_REPLACED

Plot:
Max (Mel Gibson) stumbles through a postapocalyptic desert, always looking for more fuel to continue his aimless wandering. But fuel, just as food and water, is rare and hotly contested. When Max happens upon a refinery guarded by a small group of people in the middle of nowhere, he can hardly believe his eyes. But he isn’t the only one who discovered that treasure trove. The Humungus (Kjell Nilsson), leader of a motorcycle gang, has also set his sight on it. Since Max himself had a run-in with Humungus’ second in command, Wez (Vernon Wells), he quickly finds himself with the refinery people, fighting against Humungus and his people.

After my being admittedly blown away by the first Mad Max movie, I was very much disappointed by the second one. Despite its cool aesthetics, it just didn’t manage to draw me in and I ended up being bored.

END_OF_DOCUMENT_TOKEN_TO_BE_REPLACED

Plot:
Max Rockatansky (Mel Gibson) is part of what remains of the police force, mostly busy with hunting down gang violence. After the gang led by Toecutter (Hugh Keays-Byrne) kills his partner Jim Goose (Steve Bisley), Max decides that he has to get out of there. So he packs his wife Jessie (Joanne Samuel) and their little kid and they try to get away from their routines. But Toecutter, his gang and the violence they bring are not that easily left behind.

I loved pretty much everything about Mad Max, in particular the way the movie methodically dismantles all the “lone wolf”-cop clichés. Even though that meant that the film ends on one of hell of a sad note. 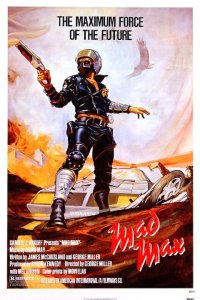 END_OF_DOCUMENT_TOKEN_TO_BE_REPLACED

Plot:
After the death of her father, Ann (Indira Varma) is supposed to get two new guardians: Roebuck Ramsden (Nicholas le Prevost) and Jack Tanner (Ralph Fiennes). The problem is that the two of them hate each other, Tanner has no interest in being a guardian and Ramsden does not want to share the position with Tanner who he considers a dangerous revolutionary. But Ann is headstrong and smart and manages to convince both of them to do it anyway, not only fulfilling her father’s wishes but also her own: she has plans for and designs on Jack and is bent on making them real, no matter what Jack might think about it.

Man and Superman has very funny moments, but it left me reeling from the blatant misogyny that soaks every scene.

END_OF_DOCUMENT_TOKEN_TO_BE_REPLACED

Plot:
Jack Gladney is a professor for Hitler Studies at college.He is the expert in his field and as a big conference on the topic is approaching, he finally starts to take German lessons – something that he has never successfully managed to learn. Jack lives with his fourth wife in his fifth marriage, Babette, and together they raise several children from their respective previous relationships. Both Jack and Babette are afraid of death, even before there is a rail accident in their area which leads to a toxic spill and disrupts their lives and routines.

White Noise is pretty exhausting to read. Sometimes it’s exhausting in a good way, but more often the novel is faithful to its own title too much and dwindles down to white noise itself.

END_OF_DOCUMENT_TOKEN_TO_BE_REPLACED

Plot:
Sabine de Barra (Kate Winslet) is a well-established gardener who gets invited to present her plans for a piece of the Versaille gardens to André le Nôtre (Matthias Schoenaerts). Le Nôtre is irritated by Sabine’s lack of order, but decides to work with her anyway, even though his esteem in King Louis XIV‘s (Alan Rickman) eyes and his general reputation depend on the success of the gardens. The tension between Sabine and André soon spills from a professional to a more personal level, much to the disdain of André’s wife (Helen McCrory).

A Little Chaos is a film that would proabbly be classically considered a women’s film (not that there isn’t something for the guys there as well) and it’s a beautiful entry in that (if you will) genre, even though it’s a little heavyhanded sometimes.

END_OF_DOCUMENT_TOKEN_TO_BE_REPLACED

Plot:
Margaret (Amy Adams) just went through a divorce and moved to San Francisco with her daughter, ready to start a new life. She finds a rather unexciting job and spends her weekends trying to sell her portrait skills. There she meets fellow artist Walter Keane (Christoph Waltz) and the two of them hit it off. A short while later, they get married. When Margaret starts signing her paintings KEANE, bit by bit Walter starts to take credit for them. Margaret is appalled at first, but since Walter manages to sell the paintings very well, she gives in. But that deal can’t work forever.

Big Eyes is almost a return to very early Burton movies and the more restrained style he employed then (I’m saying more restrained and not actually restrained, because let’s face it, restraint was never his thing). I enjoyed it, though I really wish that the script had been written by a woman. 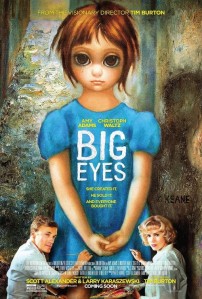