Plot:
After the closing of a factory, former factory worker Dan (Maxim Lazarev) takes revenge on his ex-employer (Aris Rozentals) and his wife (Anta Aizupe). He shows up at their house, kills them and dumps their bodies in the basement, while taking over their luxurious house. He soon notices though, that he can’t settle down as he thought he could.

Many of the films at this year’s spring edition of the /slash Filmfestival were really pretty to look at, but the content couldn’t quite keep up with the images. M.O.Zh., to me, was one of those. 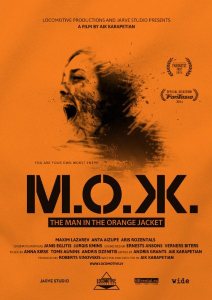 The film follows a kind of nightmare structure and that is the part that works extremely well. There are inexplicable jumps and a sense of timelessness about it that have a dreamlike quality. That is the film’s greatest strength, but also one of its weaknesses because it just never gets anywhere, leaving the audience ultimately unsatisfied.

The sound design tried to go with that dreamlike logic and they employed one sound in particular that was extremely effective itself, but unfortunately lacked context in the film. So I’d have a rather visceral reaction to it – but I wouldn’t understand why they chose that moment and not another for employing it in the first place, which finally became a hindrance for me to enjoy the film. 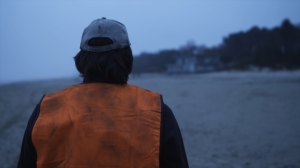 That they felt it was necessary to include sex workers in the entire thing, including sexual assault and power games over them, annoyed me more than anything else. Haven’t we seen enough of that shit already in the billion of other films that we don’t need another movie that includes it?

There was potential in the film and I think that more could have been made of it. But unfortunately the film starts to stumble pretty soon and never regains its footing, however much you might wish that it was otherwise. 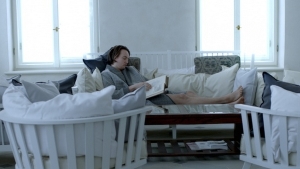