Plot:
Lady Susan Vernon (Kate Beckinsale) is a widow with a 16-year-old daughter, Frederica (Morfydd Clark). Susan very much enjoys her widowhood and has garnered quite a reputation as a seductress. Her most recent conquest, Mr. Manwaring (Lochlann O’Mearáin), has left her in a bit of a delicate situation, so she retreats to her brother’s (Justin Edwards) estate. Her sister-in-law Catherine Vernon (Emma Greenwell) is not pleased as she suspects Susan’s scheming ways. Catherine’s brother Reginald (Xavier Samuel), on the other hand, is rather intrigued by her, despite the warnings. Susan knows she will have to find good husbands for Frederica and herself to secure their futures, so that’s what she sets her mind to.

Love & Friendship was an utterly delightful film. Funny, romantic and filled with great characters, the film is the novel Jane Austen could have written if she had wanted to spend more time on Lady Susan. I absolutely adored it. 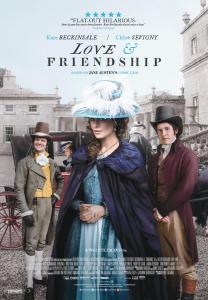 Whitman artfully fills in the gaps that Austen’s story still had (which probably would have vanished after she had re-worked the first draft). For me, most importantly, he managed to flesh out the relationship between Susan and Frederica so that it actually made sense and worked and was really, really interesting.

And I also loved that the ending took a different shape and that [SPOILERS] Susan schemes successfully and gets away with everything, something that wouldn’t have fit with Austen’s ideas of morality, I assume. But now we get this glorious woman who leads everybody where she needs them to be and in the end settles in a more or less polyamorous relationship. [/SPOILERS] Perfect. 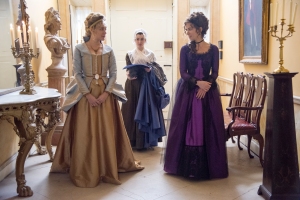 Whitman distills Austen’s sharp sense of humor into wonderfully witty dialogues. I have probably never laughed as much and as loudly in any Austen adaptation. Of course, this wouldn’t have worked without the great cast. Beckinsale, above all, is simply stunning (and not only due to the costumes) and burns her way through the film. Her Susan is pitch-perfect. But Tom Bennett and his Sir James Martin do come in a close second. He is funny and sweet that I almost would have married him myself despite the fact that he has two braincells, in total.

All of that means that this film immediately catapulted itself into my favorite film list and I’ll probably have to read Whitman’s novelization pretty soon. Heart eyes for everything. 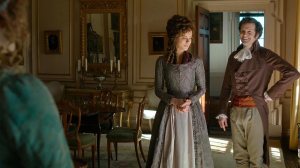 Summarizing: To use a movie-reviewer cliché, but one I absolutely mean: a triumph.