Plot:
Frank (Chris Evans) raises his niece Mary (Mckenna Grace). Mary is very smart. So far, Frank was able to keep her talents under wrap, but now it’s time for her to start school. And immediately Mary’s math abilities are noticed by her teacher Bonnie (Jenny Slate). But Frank doesn’t want to place Mary in special classes. His refusal causes both Bonnie and the school to dig deeper, bringing Frank’s mother Evelyn (Lindsay Duncan) who has very different ideas about how to raise Mary. As neither Frank nor Evelyn want to budge from their position, they take the question to court in a custody battle.

Gifted is very surprisingly a smart film about being smart. I did have a couple of issues with it, but they are not related to that. And mostly the film was engaging and emotional and went right for the feels in just the right way.

Being smart is one thing that movies (and TV shows and writers) get very wrong most of the time. Not only do they use “knowing things” as shorthand for being smart, they usually also show it as intertwined with being an asshole. Being smart then becomes knowing stuff and having no social skills (and takig a certain pride in that). And then along comes Gifted and takes up this twisted portrayal and cuts to the heart of the matter: Frank fights very hard to have Mary grow up like a kid and not some kind of calculating machine. Because treating smart people like they are nothing but their brain power will inevitably reduce them to assholes.

And the film debates the question whether smart people are under some kind of societal obligation to hone their talents to perfection, even at the cost of their childhood, the hobbies, their spare time. Do we have to weigh the the societal and social gains that may come out of a drilled gifted person against their quality of life. Can we do that at all in the first place? These are interesting questions (and if you ask me – and the film -, the answers are very clear) that so far didn’t get a whole lot of attention from the slew of media featuring smart people. 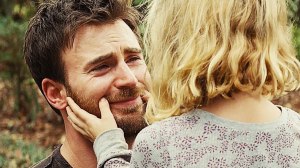 The film poses all these philosophical questions in an emotional and engaging way, with a great performance by (the cute) Mckenna Grace and (the beautiful) Chris Evans [who plays like THE romantic trope to steal my heart, thank you very much] and it even has a cat.

Nevertheless there are things that didn’t go over so well for me. Apart from the waste of both Jenny Slate and Octavia Spencer, there was the general issue I had with the racism in the film. For one, Spencer’s Roberta is an absolute Mammy figure and we should be moving on from that. Very quickly. And since she was the only black character of any consequence (Frank’s lawyer, played by Glenn Plummer, is very cool, but so utterly sidelined that it’s hard to factor him into this film at all), that becomes even worse. Especially since the film is set in a predominately black neighborhood.

Despite those issues (and the predictability of the entire thing), I was very much into the film and was able to emotionally go along with it every step of the way. And it was a very nice walk to go on.

Summarizing: Very nice and sweet and cute, albeit racist.