Plot:
Sherlock Holmes (Ian McKellen) is getting old. His mind starts failing him, but he knows that he still has one last open case that he wants to finish. So from his quite farmhouse, where he lives with the housekeeper Ms Munro (Laura Linney) and her son Roger (Milo Parker), he tries to comb his memory for the clues he missed back then. Curious Roger meanwhile manages to become a kind of confidant for Sherlock as they tend to the bees together and Sherlock tells him everything he remembers about the case.

Mr Holmes wasn’t bad, exactly, but it was pretty boring and rather sexist, so the good parts of the film didn’t really work out for me either.

END_OF_DOCUMENT_TOKEN_TO_BE_REPLACED

Oscar Wilde and the Ring of Death is the second novel in the Oscar Wilde Murder Mysteries, a series of books about Oscar Wilde as a Sherlock-Holmesian detective by Gyles Brandreth.
[Here’s my review of the first book.]
Finished on: 6.8.2015

Plot:
Robert Sherard tells the story of how Oscar Wilde invites a bunch of people to a dinner (among them  Arthur Conan Doyle, Bram Stoker, E.W. Hornung, Alfred Douglas aka Bosie, his brother Francis Douglas, and Charles Brookfield), where they play a game of “murder”: every person should name one person they would murder if they got the chance. After the dinner, the people on the list start dying one by one in the exact same sequence. That gives Oscar Wilde a tight time frame to find the murderer among his guests – before his own name comes up.

Oscar Wilde and the Ring of Death was an entertaining read and a definite improvement on the first novel. I enjoyed it.

END_OF_DOCUMENT_TOKEN_TO_BE_REPLACED

Oscar Wilde and the Candlelight Murders is the first novel in the Oscar Wilde Murder Mysteries, a series of books about Oscar Wilde as a Sherlock-Holmesian detective by Gyles Brandreth.

Plot:
Robert Sherard tells the story of how Oscar Wilde happens on the naked body of a young boy and decides that he has to solve that murder. Especially after the body and all trace of the crime disappear. With the help of Sherard and Arthur Conan Doyle takes up the case that leads him through public clubs to secret societies.

Oscar Wilde and the Candlelight Murders was a quick and enjoyable read but I did have some issues with it as well.

END_OF_DOCUMENT_TOKEN_TO_BE_REPLACED 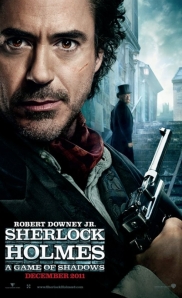