Plot:
Ebenezer Scrooge (Jim Carrey) is an old penny-pinching bastard who’d rather freeze to death than use one more coal than strictly necessary. He’s rude and joyless and treats everybody like shit. In the night before Christmas, he is visited by three ghosts – of the past, the present and the future (all three played by Jim Carrey) – who show him what an empty and lonely live – and death – he’ll have if he doesn’t change his ways.
I guess most people know the story, so onwards.

A Christmas Carol was a mixed bag of beans if ever I saw one. There were about as many good things as bad things about it and it depends on my day-to-day condition whether the scales tip favourably or not. Today, it’s pretty much in a neutral position. 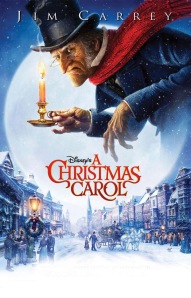 Let’s see… I think I’m going to need a table for this.

*Mostly this is achieved by totally inappropriate slapstick and an even more inappropriate score. This is a ghost story, people, it’s okay if it’s a little uncanny. 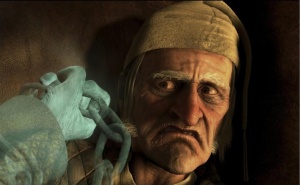 Did I just actually cram a review into a table? *shakes head* I feel like that wasn’t the revelation it could have been.

Anyway. I still don’t like Zemeckis as a director. But I did like the script (minus the slapstick), that was really good. And the way the ghosts looked was amazing. Especially the Ghost of Christmas Past. The 3D animation was nice.

But it just felt a little hollow – I still don’t know why it was necessary to have yet another version of this. Seems like one is coming out every year. 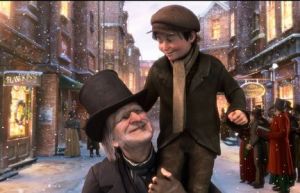 It’s watchable, but if you don’t, you’ll probably survive, too.