Plot:
A group of young men (Calvin Reeder, Lane Hughes, Kentucker Audley, Adam Wingard) who make their money with sexually assaulting women are hired to retrieve a mysterious video tape from an apparently empty house that is filled with video tapes. As they don’t know which tape to take, they start packing them all up. While they do that, one by one they start watching the tapes that are filled with horrifying found footage.

The quality of the segments varies wildly, but the general framing is pretty weak. Generally I’m afraid that my expectations were just way too high – even though I’m not a fan of found footage in general, I had heard only good things and how scary it was, but the movie just doesn’t live up to that.

The framing segment (Tape 56) was pretty weak, as I said. We don’t really get an explanation why it was VHS they went for in the first place (as opposed to DVDs. Or mp4s or whatever), which I would have appreciated and why the guys would film themselves while they’re committing a crime, nobody knows either. Plus, the way the assault was handled was not okay – what they do is they grab women, pull up their shirts and bras to expose them, film it and upload the videos. The assault is shown in all detail, “treating” the audience to participate in the assault and see some boobs. But while I might still excuse that, what is shown during the credits again (in slo-mo even, if I remember correctly) – oh yes, that same assault. And with that, they lost every sympathy point.

The second segment (Amateur Night) also featured a group of douches with a hidden camera planning to film themselves having sex with some girls they won’t tell about the camera. So, yay for sexual assault the second time round. Why we should care about these asses, I really don’t know, so the short left me pretty much cold. But the creature design was really cool. So at least there was that. 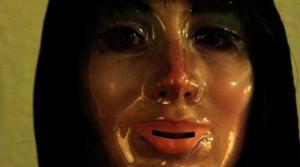 The third segment (Second Honeymoon) was the one I was most disappointed with. Ti West’s The Innkeepers was such a great film, but that short didn’t work at all. It was boring and made not even a little bit of sense.

The fourth segment (Tuesday the 17th) had perfect sound design that managed to make the villain go from pretty good to scary as hell. Too bad that the plot twist was pretty headdesk-worthy. 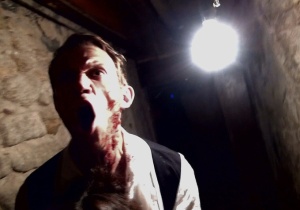 Segment 4 (The Sick Thing That Happened to Emily When She Was Younger) was really creepy. But it also had a dumb ending that tried too hard to surprise and really unnecessary naked boobs. If you really need to show some naked flesh, why not make it so that people interested in men also have something to look at?

Segment 5 (10/31/98) had amazing special effects, especially for something with such a small budget, and was really atmospheric, but also here, the ending failed for me.

Summarising: It’s a mixed bag of beans but if you’re a horror fan it’s probably worth seeing for the good parts.