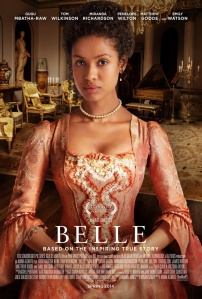 Belle can be enjoyed in many ways and I enjoyed it in quite a few ways myself. For one, it is just a very well done film with an excellent script, perfect actors (above all Gugu Mbatha-Raw, of course, but pretty much everyone was great), beautiful cinematographys and great costumes. It has a sweet, romantic storyline that hits all the right spots in my soppy heart.

But then it can also be enjoyed as a political treatise on feminism and racism and the intersection of the two. It pulls no punches in that regard at all and shows exactly how screwed Belle was – and where her skin color gave her some freedom. And how ultimately sucky Elizabeth’s position was, despite the color of her skin. 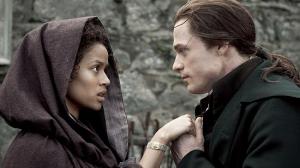 Sure, sometimes the film, much like Sam Reid’s performance, might be a little too earnest and a little too on the nose. But then again I have tried to educate myself on issues of racism and feminism for many years now and I believe that for people who haven’t, the film is just earnest enough. Plus, all that eagerness was really charming (again, much like Sam Reid).

It has taken the film a long time to make its way into Viennese cinemas. But it was totally worth the wait. I could re-watch it already. 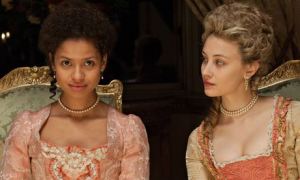 Summarizing: Run to see it. Fly.