Plot:
During the winter festival where Krampus roam the streets, little Tommi (Alessandro Corabi) disappears. His parents Manuel (Filippo Nigro) and Linda (Camilla Filippi) are as good as destroyed by this. Five years later, a boy (Teo Achille Caprio) is found and his DNA matches Tommi. Manuel is ready to leave the past behind and embrace his son again, but Linda is plagued by doubts about the identity of the boy.

Deep in the Woods is a mixed bag of beans. There is much I liked about it, but also a few things I didn’t like. My overall impression lands more on the didn’t like side, I’m afraid. 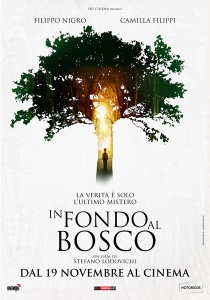 While I liked the overall story of the film, there was at least one plot twist too many in it and a little simplification here could have gone a long way. But I did like that [SPOILER] they didn’t end on a supernatural note but kept it completely realistic. [/SPOILER] Everything else would have really hurt the story.

Unfortunately, though, the pacing of the film simply sucked. The beginning was way too fast, the middle dragged and then we were suddenly bombarded with plot (twists). Maybe if things had been spread out better, I wouldn’t have minded all the twists. 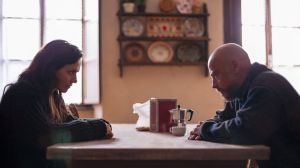 The soundtrack did make up for a lot of things, but couldn’t save it all. Especially the part of the film revolving around a young disabled man that only barely manages to not be a re-hash of the magical disabled trope and the final solution of the story that smacked of misogyny should have been done without – or differently.

The thing that will stay with me from the film are the haunting images captured by the cinematography and the intense performances by Filippi and Nigro who really sold their characters. But everything else is already starting to get hazy. 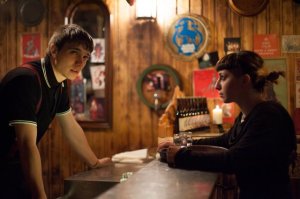 Summarizing: Watchable, but if you don’t see it, you don’t miss much either.