Plot:
After an aborted attempt to work abroad, Ana (Salomé Richard) returns home to Strasbourg with the summer stretched ahead of her. She starts to renovate her grandmother’s (Claude Gensac) bathroom just to have something to do, while trying to figure out her life. Which, as usual, is easier said than done. As she reconnects with old and new friends, things don’t necessarily become any clearer for her.

Baden Baden wasn’t great, but it was far from bad. But it’s not a film that touched me particularly deeply or will stay with me for a long time. 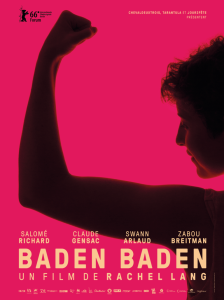 Ana’s aimlessness and confusion didn’t chime with me that much. Not because I never had these periods in my life, of course I did, for quite a while. But somehow, I remained at a distance of her struggles and I didn’t really empathize with her all that much.

Which is not the fault of Salomé Richard’s performance. Next to Claude Gensac’s grandmother, it was the thing I enjoyed most about the film. It had more to do with the script that always prioritized things I wouldn’t have prioritized. For example, it’s all about Ana and the men in her life. Even her grandmother has to make way for the guys pretty quickly. (And that’s not even considering the fact that I was convinced that Ana was gay and I was quiet surprised that she’s very much into dudes.) 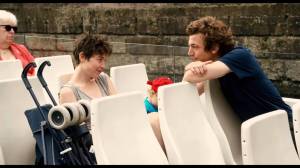 The thing, to me, that the film shows most clearly, are the benefits that good-looking women can get rather easily from the guys around them. As a fat woman, a lot of what Ana gets by a little flirting in the film is far from an option for me and I’m not sure that they actually realized they were showing that particular bit of privilege in the film. [That privilege goes both ways, btw. Beautiful women get a lot, but beautiful men get everything.]

Unfortunately, the ending didn’t work for me at all. It felt like the last 10 pages of the script went missing and they decided not to look for them but call it a day. So the film kind of fizzles out and leaves the audience stranded in the middle of nowhere. And that’s a pity. 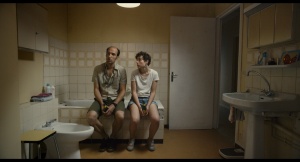 Summarizing: If you stumble upon it, you can do worse than watch it, but I wouldn’t seek it out.