Plot:
Within a few blocks in London, different lives intersect. Emily (Gemma Arterton) and Max (Idris Elba) have had better times as a couple. As former rugby player Max descends into drugs, adultery and aggression, Emily finds herself a new old lover in Jake (Tom Cullen). Meanwhile cab driver George (Charlie Creed-Miles) and his wife Kathy (Kierston Wareing) are trying to have a baby, but have to opt for adoption which proves to be a new challenge. And Kingsley (Franz Drameh) has been sentenced to community service at the local cemetery with caretaker Terrence (Ken Stott) who sees Kingsley’s artistic potential.

Before stumbling on 100 Streets, I thought, “A film with Idris Elba and Gemma Arterton aka two of the hottest people currently on earth who also happen to be talented as fuck and favorites of mine? HOW HAVE I NEVER HEARD OF THIS?” Having seen the film now, I know: some films are deservedly unheard of. 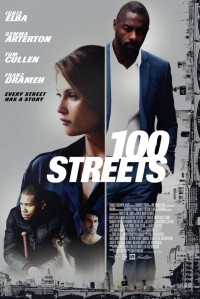 Unfortunately 100 Streets was quite a catastrophe. Above all, it was badly written. On the one hand, it didn’t actually create a sense of connection between the three stories it tells. There was no discernible overarching theme (unless you go for utter universality like “change”) and there were few moments where the stories or their characters actually cross paths. Now, that is not absolutely necessary to make an episodic film work, but it usually does help.

On the other hand – and that was the bigger problem – the characters were flat stereotypes. Maybe because each story stood on its own, there wasn’t enough time for any of them to get any depth. But whatever the reason, there was nothing there for the cast to work with (although they tried). 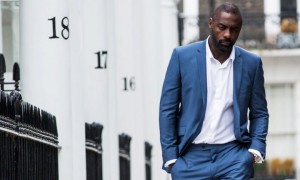 The result is a film that feels incredibly stupid because its characters and their decisions and motivations never get any sense of realism at all. That in turn means that you never connect to any of them or care about their fates. And that means that the entire thing is absolutely boring.

It’s a shame to have wasted this beautiful cast on that script. The film is lucky I saw it on a plane because otherwise I doubt that I would have finished it at all. 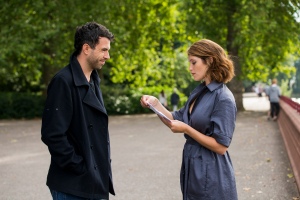 Summarizing: Skip it, unless you love Arterton and Elba as much as I do – then no warning words will probably keep you from seeing it anyway.