Plot:
Greta (Mira Partecke) is an architect and has a son she’s estranged from. When she unexpectedly loses her job, she desperately tries to get back on her feet. Or drink enough that she forgets that she has lost her footing. She doesn’t seem built to participate in the neoliberal gig culture in the city around her, but is there a place that isn’t within that culture?

Eine flexible Frau is somewhere between art film, narration and sociological cinema – and it’s a really good mix at that. It’s challenging cinema, but if you’re willing to let yourself be challenged, you can get a lot out of it. 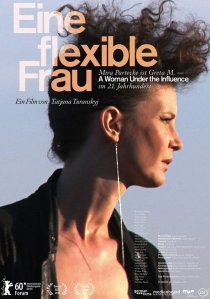 END_OF_DOCUMENT_TOKEN_TO_BE_REPLACED

Plot:
Captain Alex (Kakule Wilson) is supposed to get rid of the Tiger Mafia. But after the army succesfully captures the Mafia leader’s (Sserunya Ernest) brother, they get attacked in return and Alex is killed in the raid on the army camp. His brother takes up the mantle to revenge Alex’ death.

Who Killed Captain Alex? is the second Wakaliwood film they showed at the /slash (the first being Bad Black), but it is the first Wakaliwood film ever (you can watch it here in its entirety) and it shows, particularly in the veejaying that doesn’t quite flow as well as in the later film. 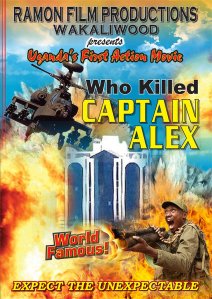 END_OF_DOCUMENT_TOKEN_TO_BE_REPLACED

Plot:
Toni (Michael Ostrowski) and Horst (Andreas Kiendl) don’t really have much going for themselves. But at least Horst an live cheaply in his grandmother’s apartment. The only trouble is: his grandmother has been dead for a while and if anybody were to find out, his comfortable life would be over. So when he gets a letter from the mayor who wants to congratulate the grandmother on her 100th birthday, Horst and Toni decide to quickly borrow an old woman from the hospital. It just so happens that they manage to take famous actress Elfriede Ott (Elfriede Ott), leading to more trouble than they bargained for.

I’ve heard a lot of good things about this movie, but it’s definitely one of those comedies that really don’t work for me. It had its moments here and there, but altogether it falls in the category of “it’s a thing I’ve seen now.”

END_OF_DOCUMENT_TOKEN_TO_BE_REPLACED

CN: all kinds of abuse and racist shit

Plot:
At the beginning of the 19th century, Sarah Baartman (Yahima Torres) follows her employer Hendrick Cesar (Andre Jacobs) from South Africa to the UK. She hopes for a better life there, instead Cesar exhibits her as a carnival attraction: a “savage” black woman with a big butt. When they meet bear tamer Réaux (Olivier Gourmet), he poshes them to go to the next level of the show, despite the troubles they already encountered in the UK.

The story of Sarah Baartman is a horrifying example of colonialism and racism and everything that is wrong with white people. Unfortunately, the film is an exercise in sensationalism and does neither Baartman nor her story justice. 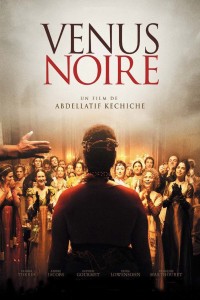 END_OF_DOCUMENT_TOKEN_TO_BE_REPLACED

Plot:
Maria (Lisa Martinek) and Paul Hofer (Bernhard Schir) have a great life – and a wonderful daughter in Nadja (Nikola Rudle). But shortly after Nadja’s sixteenth birthday, trouble arrives in the form of Nadja’s boyfriend Robi (Christopher Schärf). He is older and obviously from a social background that is nowhere near the Hofer’s lifestyle. But worst of all: Robi takes drugs – and he starts to drag Nadja into his addiction, despite her parents’ desperate attempts to keep her safe.

Meine Tochter nicht comes with a strong cast and hits some notes very accurately, but unfortunately loses almost all points in its resolution of the story and its moralizing tone.

Plot:
Many years ago Prospera (Helen Mirren) was betrayed by her brother Antonio (Chris Cooper). He sent her and her daughter Miranda (Felicity Jones) off on a ship so that they may die, but they managed to survive and have been stranded on an island ever since. They are almost the only inhabitants of the island, apart from Caliban (Djimon Hounsou), the spiteful son of the former island ruler, and the sprite Ariel (Ben Whishaw) who both have been enslaved by Prospera’s magic. Their existence is severely disrupted though when a ship sinks just off the island – a ship carrying not only Alonso the King of Naples (David Strathairn), his brother Sebastian (Alan Cumming) and his son Ferdinand (Reeve Carney), but also Antonio. Prospera knows that her time has come at last.

The Tempest is a visually impressive film with a great cast, but it never quite takes off – there are simply too many things that don’t work. 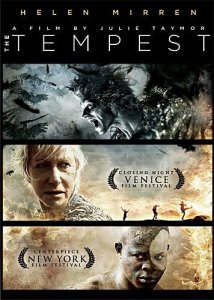 END_OF_DOCUMENT_TOKEN_TO_BE_REPLACED

Plot:
Lea (Anna Rot) and Hanna (Magdalena Kronschläger) have been best friends for a long time. So when Lea comes up with the plan that they could both work as escorts to get some easy money while they study, it’s clear that they can only do it together and that nobody around them will know. Hanna is more reluctant but the two of them start working anyway. It turns out to be quite an adventure, at least initially.

Tag und Nacht is one of many films where young women decide to try sex work and then discover that it might not be all that great, at least in a society that has such an ambivalent relationship with sex work as ours. While the film is well-executed, it felt too familiar for its own good.

END_OF_DOCUMENT_TOKEN_TO_BE_REPLACED

Plot:
Hanna (Sophie Rois) and Simon (Sebastian Schipper) have been a couple for quite a while now and things are stagnating. It works but more because there’s no reason why it shouldn’t than because there’s a reason it should. When first Hanna, then Simon meet Adam (Devid Striesow) – separately from each other, they both sleep with him – also separately from each other. As both Hanna and Simon get more attached to Adam, their relationship with each other is more than being called into question.

I had actually forgotten that I had watched 3 before. It was only about 20 or 30 minutes into the film that I realized it and then I was pretty sure that I had at least never written about it, which was also wrong. I guess that’s already a pretty telling comment on the film itself. It’s far from bad, but somehow it just doesn’t really stick around.

END_OF_DOCUMENT_TOKEN_TO_BE_REPLACED

“Plot”:
Both Behind Jim Jarmusch and Travelling at Night with Jim Jarmusch are documentaries about the creative process of director Jim Jarmusch. Rinaldi followed Jarmusch during the shot of The Limits of Control and then again a couple of years later during the work on Only Lovers Left Alive, trying to grasp how Jarmusch gets to work.

Behind Jim Jarmusch was Rinaldi’s first documentary and you can see how much she learned, so that Travelling at Night with Jim Jarmusch becomes the much better film. But both are interesting to see, especially if you like Jim Jarmusch’s films as they give you a look into the creation of something special.

END_OF_DOCUMENT_TOKEN_TO_BE_REPLACED

Plot:
Josh (Patrick Wilson) and Renai (Rose Byrne) just moved into a new house with their three kids. Their lives are quite normal, their marriage not perfect but mostly well. But then Renai starts to hear and see weird things in the house. After that their son Dalton (Ty Simpkins) falls into a coma – one day he just doesn’t wake up anymore, for no apparent reason. And that’s when the bad things really start to happen.

Way back when I saw the film for the fist time, I was surprised by how much it scared me. Watching it a second time, I didn’t think that it would manage the feat again, but I was wrong. Oh boy, was I ever. Still getting goosebumps about it.