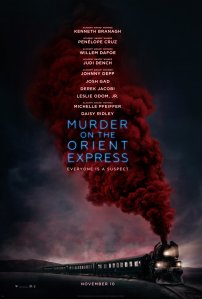 END_OF_DOCUMENT_TOKEN_TO_BE_REPLACED

Plot:
The Counselor (Michael Fassbender) is a lawyer who is about to marry his girlfriend Laura (Penélope Cruz). He is also somehow involved in the drug business through his client Reiner (Javier Bardem) and he’s about to get involved more deeply. And to no one’s surprise except his own, things go very wrong very quickly and it’s all somehow connected to Reiner’s enigmatic girlfriend Malkina (Cameron Diaz).

There were many things I could see going wrong with this film, but what I did not anticipate was that it would be Cormac McCarthy’s writing where things go very wrong. But unfortunately that was the case and the result was a film that was pretty much unbearable.

END_OF_DOCUMENT_TOKEN_TO_BE_REPLACED

Plot:
Peninsula Flight 2549 is in trouble. So instead of going to Mexico, they are flying circles above Toledo, waiting for a specially prepared landing strip. The crew has sedated the tourist class and now has to deal with the increasingly worried and extremely eccentric business class. With the help of drugs and gallows humor, everything is quickly revolving around sex.

Los amantes pasajeros is for the most part pretty funny. But it also drags on, is chock full with stereotypes and has two rapes that are treated not only as a joke but also as the romantic start of a relationship, so I can’t really give it a pass.

END_OF_DOCUMENT_TOKEN_TO_BE_REPLACED

Plot:
Captain Jack Sparrow (Johnny Depp) arrives in England only to find out that he’s apparently been recruiting sailors. He quickly finds that Angelica (Penélope Cruz), who he has met in the past, has been posing as himself to find sailors for the Queen Anne’s Revenge, Blackbeard’s (Ian McShane) ship. They are trying to find the Fountain of Youth. Against his will, Sparrow ends up on the mission, followed by Barbossa (Geoffrey Rush), who was sent by the English king to find the Fountain himself but who also still has an open tab with Blackbeard.

I thought Pirates of the Caribbean was really a lot of fun. It’s pretty mindless, doesn’t make much sense when you think about it and the 3D really sucked, but it still ended up very entertaining. 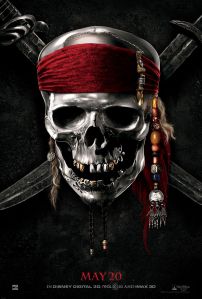 END_OF_DOCUMENT_TOKEN_TO_BE_REPLACED

Plot:
Guido (Daniel Day-Lewis) is a director who’s struggling: He’s about to shoot a film but unfortunately all he knows about it is the title (ITALIA)–the script is nothing more but a vague shape in his head. It doesn’t help that he is haunted by the women in his life, either–starting with his mother (Sophia Loren), to his wife (Marion Cotillard) and his lover (Penélope Cruz) etc.

People, I could not STAND this movie. It was boring, the music was forgettable, the choreographies pretty uninspired and let’s not even talk about Guido… Ugh. 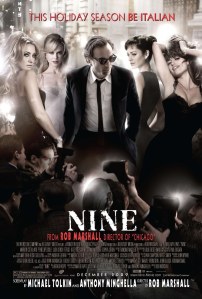 END_OF_DOCUMENT_TOKEN_TO_BE_REPLACED

Plot:
Harry Caine (Lluís Homar) is a screenplay writer who has gone blind a while ago after an accident. He manages his life with the help of his best friend and agent Judit (Blanca Portillo) and her son Diego (Tamar Novas). When he gets a visit “from the past”, he starts to tell Diego about the passionate affair he had with the actress Lena (Penélope Cruz) a while ago.

If this movie wasn’t a Almodóvar, I’d say it’s very good. But as it is, the standards I hold it to are much higher and the movie loses. It’s still very watchable and quite entertaining, but the “special ingredient” is missing that takes it from being good to being excellent. The plot is a little too predictable, Harry a little too unlikable, Lena a little too mysterious… it kind of adds up and leaves you wondering what happened to Almodóvar.

END_OF_DOCUMENT_TOKEN_TO_BE_REPLACED

A slight disclaimer before I start: I’m a fan of his early work, but his latest movies sucked so much that I shouldn’t have bothered to watch them. Yet, somehow, I can’t leave it be. So, if you can’t stand bitter comments about Match Point or Cassandra’s Dream (my review here), better not read this.

Anyhoo, Vicky Cristina Barcelona is okay, I guess. It definitely isn’t as abysmal as the aforementioned movies. But it’s not very good, either.

Plot: Vicky (Rebecca Hall) and Cristina (Scarlett Johansson) are best friends and decide to go to Barcelona together. Both girls are complete opposites – Vicky is the practical, calm, rational stereotype, whose life seems happy, but actually, she’s very unhappy because there’s no passion in it, while Cristina is the impulsive, fickle artist-stereotype, who goes from one relationship to the next, never actually being able to stay anywhere for long. When they meet the painter Juan Antonio (Javier Bardem), who barely escapes the fate of being a complete stereotype himself, both fall for him. Which of course can’t end well, especially since Juan Antonio’s manic-depressive artist cliché ex-wife Maria Elena (Penelope Cruz) is still very present in his life.

If I was Rebecca Hall, I would be very angry about this marketing – she’s more of a main character than Penelope Cruz.

END_OF_DOCUMENT_TOKEN_TO_BE_REPLACED

Elegy is a film by Isabel Coixet, who brought us The Secret Life of Words two years ago, so it was not surprising for me that Elegy was really good. It is based on the novel The Dying Animal by Philip Roth (actually the third novel in a series revolving around David Kepesh), though I like Elegy as a title better.

The story is about aging professor David Kepesh (Ben Kingsley), who lives from fling to fling with his students, after a rather painful divorce 30 odd years ago. In one of his lectures he meets Consuela Castillo (Penélope Cruz), with whom he begins an affair. Despite of the warnings from his best friend, George O’Hearn (Dennis Hopper), David falls in love with Consuela, but can’t really change his ways. For example, he continues to see Carolyn (Patricia Clarkson), his fuck buddy. At the same time, the worn and difficult relationship he has with his son Kenneth (Peter Sarsgaard) gets tested in new ways.

As mentioned before, the movie is really very good. And it was so nice to see Ben Kingsley act again. I mean, really act, as in playing a believable character. Altogether, the acting was perfect, especially Patricia Clarkson, and more surprisingly Dennis Hopper.

The story is sad, there’s not much of a consolation to be had, anywhere. Which is why I think that Elegy is the better title (if the book is similar to the movie, which I don’t know, because I haven’t read it yet). It’s also hopelessly romantic, but in a very realistic way.

It definitely made me want to read the book, because of the wonderful narrative passages (which I think are direct quotes). And that’s always a good sign.