Plot:
After the assassination of Abraham Lincoln, the conspirators are quickly arrested. Among them is Mary Surratt (Robin Wright) who is pretty much suffering for the crimes of her son. But the whole country is so riled up that nobody really cares. Frederick Aiken (James McAvoy) takes on her defense in the military trial that is set up for her and where her constitutional rights are abused the whole time.

The Conspirator is a movie with a mission that gets so righteous and sanctimonious that it’s barely bearable. The cast ends up being its only redeeming feature. 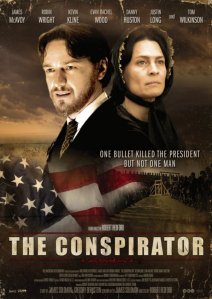 The Conspirator takes the constitution and waves it around like it was the Best and Most Important Thing Ever. And it is of course important and putting civilians in a military trial is very wrong, especially when the trial is as fucked up as this one. But since Redford focuses on the one more or less innocent person among the lot who all suffered the same injustices, he kind of undermines his own message.

Apart from the fact that the whole tone of the film is so sanctimonious that I just wanted to choke Redford. And the whole effect is only reinforced by the overly dramatic score. 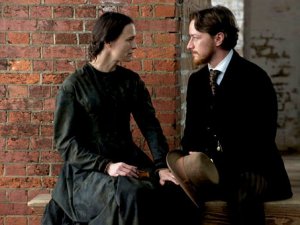 At least the cast was really good and made up for many things. James McAvoy nicely portrays Aiken’s development from looking for revenge to realising the fuckery going on. Evan Rachel Wood and Robin Wright are both wonderful as well. But it’s Kevin Kline who steals every scene he’s in. (Which is not many, unfortunately.)

But despite the excellent actors, the movie is just really boring. At least, when it’s not annoying. I did not enjoy it. 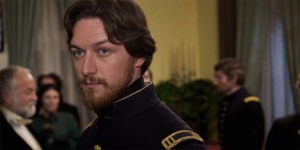