Plot:
Ellison Oswalt (Ethan Hawke) is a writer of true crime fiction who has the tendency to get a little too involved with his subjects. When he takes on a new murder case – the case of an entire family being murdered apart from their youngest daughter who went missing – and promptly moves his family into that family’s house (without telling his wife), things start to go wrong. And it all starts with a box of 8mm home movies that shows several murdered families like the one Ellison is researching.

Sinister is one hell of a scary movie. It immediately creeped itself on my scariest movies ever list. And that even though it follows the usual form to the letter and is completely predictable. Respect, Scott Derrickson, respect. 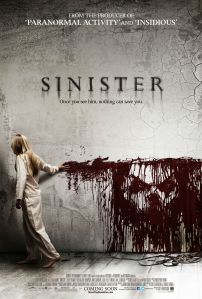 When I say that the movie is completely predictable, I not only knew how it would end in a rather general sense, but almost right down to the last detail. And you’d also know in every scene when a scare would come up. Nevertheless, I was scared out of my mind and jumped every time I was supposed to jump.

As usual a lot of that hinged on the soundtrack. Which was apparently no problem at all for composer Christopher Young. Everything was spot on, tense and absolutely atmospheric. 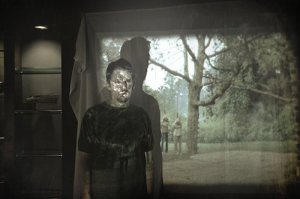 Ethan Hawke was really good, too. Though I do think that James Ransone actually stole every scene he was in and provided the much needed comic relief every once in a while. I would have loved to see more of him (though that might have ruined the effect).

The only thing that didn’t work that well for me was that Ellison suffered from dumb-protagonist-syndrome every once in a while. Why he wouldn’t turn on the lights sometimes, for example, was just inexplicable. But in the grand scheme of SCARY SHIT I could easily forgive that. 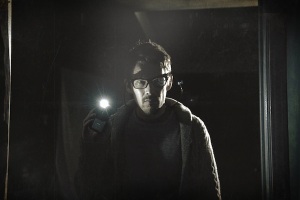 Summarising: If you really wanna be scared.