Plot:
It’s Thanksgiving and the Dovers are celebrating with their friends and neighbors, the Birchs. But when the little daughters of both families suddenly disappear, the festivities are quickly interrupted. As Detective Loki (Jake Gyllenhaal) is called, Keller Dover (Hugh Jackman) quickly loses his temper. And when suspect Alex Jones (Paul Dano) is apprehended to be released soon afterwards, Keller decides to take justice into his own hands.

Prisoners has a rather similar theme as Big Bad Wolves, so it’s hard not to compare the two and in that comparison, Prisoners stays a bit behind – but that’s just because Big Bad Wolves was that exceptional. Prisoners is, in fact, a really good movie. 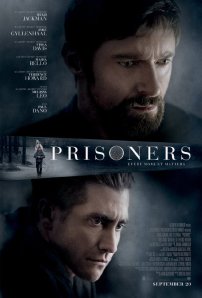 Plotwise, there are a few things the movie gives away too easily: [SPOILERS, I guess]: the labyrinth necklace was painfully obvious, as was the whistle ending. It was also clear that Alex wouldn’t turn out to be the bad guy and by casting Melissa Leo as the aunt, it was apparent that she would have a greater part to play. [/SPOILERS]

But for most of the time the movie kept me guessing, pretty much until the end. And I’ve seen so many movies that it’s not easy to do that anymore. So that was pretty cool. Compliments to Guzikowski on that count. 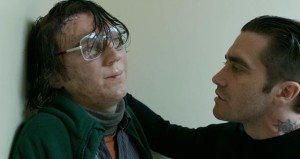 The cast was excellent. Especially Jake Gyllenhaal was entrancing and his character was fascinating. There was so much hinted at with him, it made me want to watch the movie over and over again just to figure him out (compliments to Guzikowski again). But everyone else was fantastic, too – from Jackman’s ultrarepublican father to Bello’s depressed mother to Dano’s confused Alex.

Villeneuve tells the story in moody pictures,  with excellent pacing and just the right amount of hints and insinuations. 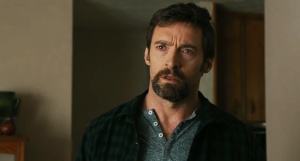