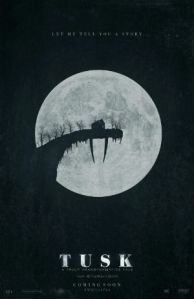 As I gathered from the credits, where we get to hear an excerpt from Smith’s podcast where he apparently came up with the idea for the film under hysterical laughter, the film’s idea was conceived of in a flash. And as a pretty solid spoof of The Human Centipede concept, there was a lot of potential in it (even if you probably have to be high to find it as hilarious as Smith, judging from the podcast). But a lot of more development would have been necessary to actually make something of that potential.

Instead Smith builds up the strength of the set-up, of Wallace arriving at Howe’s place, of Howe’s stories and the weirdness of it all and the realization that all this is headed towards turning Wallace into a walrus and with that make him the perfect friend for Howe. But after the initial comedy and horror of that project hits you, the film loses all steam and starts throwing random stuff around, as if in an attempt to see what sticks. But nothing really does. It also doesn’t help that the actual transformation – apart from the first part – is not part of the film, but we just jump from (slightly) mutilated Wallace to completely walrussed Wallace. 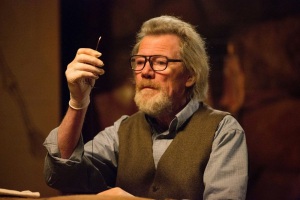 The worst thing about it, though, was definitely Johnny Depp’s cameo. And I’m saying that as somebody who likes Johnny Depp, even when he does the weird stuff, even in Tim Burton movies. But nothing about his character here worked or fit with the rest of the story. It was awful.

The movie’s real saving grace was Haley Joel Osment. But since he just played a supporting character and wasn’t in the film for long stretches, there was nothing much that he could do either. The film was just a mess. 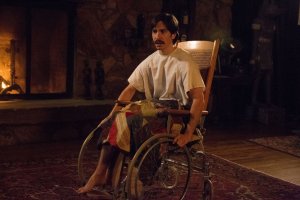 Summarizing: I guess they can’t all be winners. This one certainly isn’t.