Plot:
Rey (Daisy Ridley) finishes her training as a Jedi just in time as the war of the First Order against the galaxy reaches its full height. Together with the resistance, especially Finn (John Boyega) and Poe (Oscar Isaac), it’s time to prepare for the last and biggest battle to decide the fate of the galaxy. It turns out to be a battle filled with unsuspected allies and opponents.

I’m not much of a Star Wars person, but I enjoyed this new wave of the franchise so far. Unfortunately, The Rise of Skywalker was a disappointing mess.

END_OF_DOCUMENT_TOKEN_TO_BE_REPLACED

Plot:
The Resistance are still doing their best to fight against the First Order, but they are taking serious hits. Poe (Oscar Isaac) is frustrated with the slow progress of the Resistance. Meanwhile Rey (Daisy Ridley) has gone to Luke Skywalker (Mark Hamill) to get Jedi training. And Finn (John Boyega) wakes from his coma on the Resistance ship and teams up with Rose (Kelly Mary Tran) to make sure the Resistance stays safe.

Star Wars: The Last Jedi was good entertainment but it didn’t capture me emotionally as much as it should have and thus didn’t manage to convert me from being mildly interested in the Star Wars films to want to dig deeper. But then I didn’t expect it to. 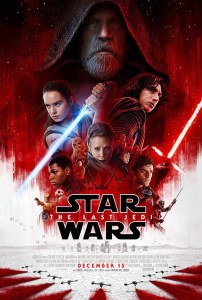 END_OF_DOCUMENT_TOKEN_TO_BE_REPLACED

Plot:
A couple (Jennifer Lawrence, Javier Bardem) has just moved into a new house. He dreams of finding the inspiration to write there, while she painstakingly renovates the house. One night their routine is interrupted by a man (Ed Harris) who knocks on their door, thinking they are running a bed and breakfast. The writer is overjoyed at the change in routine and invites the man to stay the night, while she is more cautious. Things take a turn for the worse, when the man’s wife (Michelle Pfeiffer) arrives the next day.

I expected bad things of Mother! and was pretty happy when things weren’t as bad as I expected them to be. But that’s not the same as saying that I was happy with the film: despite his strengths, I wasn’t too taken with it.

END_OF_DOCUMENT_TOKEN_TO_BE_REPLACED

Plot:
Eilis (Saoirse Ronan) lives in a small Irish town with her mother Mary (Jane Brennan) and her sister Rose (Fiona Glascott). But Eilis has the chance to get of there and start a new life in the USA, which is exactly what she does. With the help of an acquainted priest (Jim Broadbent) who already lives abroad, she makes her way to New York where she builds a new life for herself. But when she is called back to Ireland, she will have to decide which way she wants her life to go.

Brooklyn was one of those films that is simply extremely nice to watch and enjoy. It hits all the right emotional buttons in a not exactly subtle, but unobtrusive way and pretty much everybody in it is simply adorable. 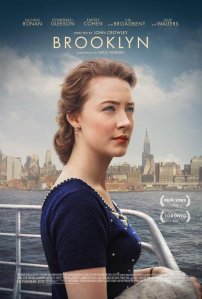 END_OF_DOCUMENT_TOKEN_TO_BE_REPLACED

Plot:
Hugh Glass (Leonardo DiCaprio) is guide to a troupe of fur traders/soldiers led by Captain Andrew Henry (Domhnall Gleeson). It’s a dangerous mission which is soon proven by an attack by a group of Arikaras, closing off their planned return route. But the problems don’t end there – Glass himself gets attacked by a bear and only barely escapes with his life. As he is deeply wounded, caring for him would mean risking the lives of all the other men, so Captain Henry asks some to stay behind until Glass passes on, which seems a certainty. shifty Fitzgerald (Tom Hardy) and idealistic Bridger (Will Poulter) stay behind, as well as Glass’ son (and half-Pawnee) Hawk (Forrest Goodluck). But things don’t go as planned: Fitzgerald betrays Glass and Glass, against all odds, suvives and swears to get his revenge.

The Revenant is a good film though I’m not quite as taken with it as everybody else seems to be. Maybe because I’m not a man and this is a film very much concerned with one particular brand of masculinity.

END_OF_DOCUMENT_TOKEN_TO_BE_REPLACED

Plot:
It was 30 years ago that Darth Vader was defeated and the Empire fell. And it’s about as long that Luke Skywalker (Mark Hamill) has disappeared from the Galaxy. The Resistance is still looking for him. Pilot Poe Dameron (Oscar Isaac) is hot on the trail of a missing map piece for that search when he comes under attack. He hands the map to his droid BB-8 and sends it on its way. Rey (Daisy Ridley) works as a scavenger on that very same planet and she stumbles first on BB-8 and then on a stormtrooper (John Boyega) who deserted. Before they have a chance to think, they are on the run – and run straight into Han Solo (Harrison Ford) and Chewbacca (Peter Mayhew). Together they decide to try to find Luke.

I’ll come right out and say it: I’m not a Star Wars fan. I watched Episodes 4 through 6 when I was a kid and thought they were okay, watched Episode 1 when it came out and thought it was so stupid, I never even watched 2 and 3. When 7 came out, I hesitated for a while to watch it, but ultimately I figured why not? I have watched films for less reason than the cast of this one alone. And I have to say, I don’t regret watching it. In many ways it has the IQ of a potato, but it is seriously entertaining and very nice to watch.

END_OF_DOCUMENT_TOKEN_TO_BE_REPLACED

Plot:
Caleb (Domhnall Gleeson) can’t believe his luck when he wins the employee lottery and will be allowed to meet the company’s – Bluebook, a search engine and more – owner, the reclusive genius Nathan (Oscar Isaac). And not only meet him – they will get to spend a week together in Nathan’s home, working on a project together. When Caleb arrives, Nathan announces that he has been working on an AI – and he wants Caleb to test her, Ava (Alicia Vikander), to see if she can pass as completely human. But the more time Caleb spends with Ava, the less he trusts Nathan and his intentions.

Ex Machina is great. Smart, political and surprisingly feminist science fiction, beautiful images, excellent script and a wonderful cast. I was blown away by it.

Plot:
Louis Zamperini (Jack O’Connell) was a troublemaker as a kid until his brother Pete (Alex Russell) had the idea to channel his energy into running. And it pays of – Louie is sent to the 1936 Olympics in Berlin. A few years later, thought, he finds himself fighting against Germany and Japan in World War II. When his plane is shot down over the sea, somewhere close to Japan, and only Louie, Phil (Domhnall Gleeson) and Mac (Finn Wittrock) survive the crash, things don’t look too well. And it only becomes worse, when they are captured by Japanese soldiers and end up prisoners of war. But Louie doesn’t give up easily.

Unbroken is okay as a film. It’s a little formulaic and a little too on the nose, but it’s solid filmmaking that just doesn’t quite reach the emotional heights it’s aiming for.

END_OF_DOCUMENT_TOKEN_TO_BE_REPLACED

Plot:
Jon (Domhnall Gleeson) dreams of becoming a musician. When he stumbles upon the idiosyncratic indie band Soronprfbs on the beach while their keyboardist tries to drown himself, he offers to step in for him that night. Band member/manager Don (Scoot McNairy) agrees after talking to Frank (Michael Fassbender), the band’s lead singer who always wears a big papier-maché head. It doesn’t take long and Jon is invited to join the band for good, despite band member Clara’s (Maggie Gyllenhaal) hesitation about him. But being part of the band isn’t at all what Jon expected.

From what I heard about the film before, I was afraid that it would be another hipster movie about oh-so-quirky people and an indie-soundtrack. But Frank might look like that but it is way, way more. I was really very taken by the film.

Plot:
In the confession stand, Father James (Brendan Gleeson) hears from one of his parish that they were abused by another priest as a child and that they decided to kill Father James for it on Sunday. To kill an innocent to make more of a dent. So James has a week to put his things in order and try to figure out who confessed and see if he can’t convince him otherwise.

Calvary was hard to take, but in the best way. It was thoughtful, smart and opinionated; and had an absolutely stellar cast. 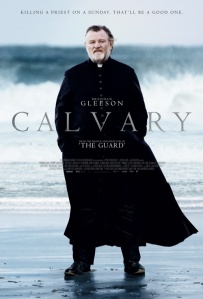