Plot:
Harry Potter (Daniel Radcliffe) slowly uncovers the final secrets surrounding his life while his fight with Lord Voldemort (Ralph Fiennes) draws to an end. After pretty much everything has gone to hell, things – and people – are finally coming together for the final battle while Harry, Hermione (Emma Watson) and Ron (Rupert Grint) try to destroy the remaining horcruxes.

After HPatDH:1 2 pretty much had to be a cinematic revelation (I still can’t believe how boring 1 was), just in comparison. And that worked out. Is it the best movie ever? Well no, David Yates is still its director. But it’s a decent and fitting ending to the series. 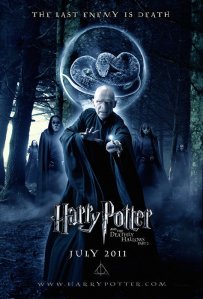 HPatDH:2 doesn’t even pretend that it would like people to understand what’s going on if they haven’t seen the entire series. About 90% of the film is glimpses of people who have been in the films before and would now like their last short appearance before it all ends. And since most of the people watching probably want to say their goodbyes to the various characters as well, that works out just fine.

Given this, it’s quite surprising that they managed to cram in more plot in about 5 minutes than in the entirety of Part 1. Stuff is happening. Stuff, that is sometimes a little incomprehensible if you don’t remember the book that well anymore, but hey, at least it’s happening. 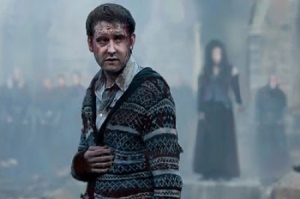 I don’t think that David Yates will ever be able to count me among his fans (a fact that surely breaks his heart), but he does a fine job in this one. He still fails completely when it comes to show Big Relationship Moments but the fact that this is the last film hides this pretty well: you just provide your own emotions.

This is all pretty faint praise, I’m aware. But I was never that big a fan of the series and for me, this film – definitely among the better ones of the series (The Goblet of Fire remains unbeaten) and the best David Yates has done – is the ending the series deserves and that’s fitting. 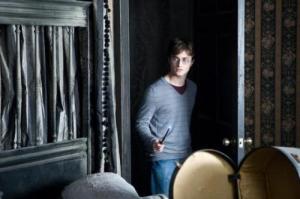 Summarising: an ending that will leave you content.
[If only because Matthew Lewis grew up to be so hot and Neville is generally an awesome character.]