Plot:
The story follows a man (Isaac de Bankolé) doing a job, which doesn’t seem to be entirely legal. As he meets informant after informant to get yet another bit of information to complete his task, you get long almost-monologues by the informants and a mysterious naked woman (Paz de la Huerta) in the man’s bed.

It’s been way too long since Jim Jarmusch made a movie. But as long as the rare ones keep on coming and keep on being this good, I almost don’t mind.
The Limits of Control is definitely one of Jarmusch’s stranger movies. It doesn’t seem totally settled in this reality (though nothing magical/supernatural happens). The performances are – as was to be expected – exquisit, the dia-/monologues great and the story actually rather unimportant (though I was still very curious to know what happens). If you like slow and weird movies, this one’s for you. 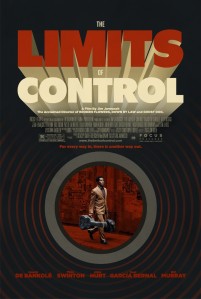 The monologues are full with interesting thoughts and things I never thought of before. They are delivered by  a perfect cast with great performances. I especially liked Tilda Swinton and John Hurt. But it’s Isaach de Bankolé who pulls off the biggest feat: He has hardly any lines at all and hardly seems to have any emotions – he remains a mystery until the last minute – but he’s still the perfect person to lead through this movie that is more dream than reality. 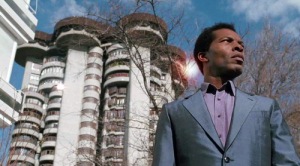 The ultimate climax didn’t surprise me and I don’t think it was supposed to. Yet the story itself didn’t make much sense, especially confusing was the appearance of the nude woman. Not that it actually mattered. The story was pretty unimportant and more a vehicle to be able to deliver the monologues.

Actually, that’s a pretty good summary for the movie itself. 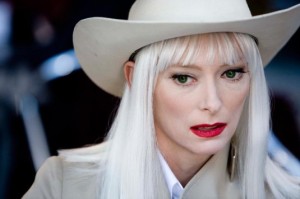