Plot:
Art gallery owner Susan Morrow (Amy Adams) receives a package in the mail. It contains the draft of her ex-husband Edward Sheffield’s (Jake Gyllenhaal) new novel and the information that he is in town and would like to meet her. Susan hasn’t spoken to him in almost 20 years and she is surprised by the novel and the meeting, but she starts to read the novel that was apparently inspired by her. It tells the story of Tony Hastings (Jake Gyllenhaal) who goes on a roadtrip with his wife Laura (Isla Fisher) and daughter India (Ellie Bamber) – a roadtrip that turns violent when they get into trouble with another car and its passengers.

Nocturnal Animals is a highly polished film that tells a story that goes under the skin. It’s definitely not a film that lets go of you easily, even if not everything about it works without a hitch.

Tom Ford’s fashion background is very noticeable in his films. Not necessarily because the characters wear such great clothes all the time, but because the entire film is simply an aesthetic experience. Every moment, every piece of the set is placed in a fashionable way, every piece of art on the wall is put their with deliberation. (Oh, and that opening sequence was one of my absolute favorite bits of video art – and it was created specifically for the film.) And while that could lead you to believe that the film is all looks and no content, it turns out instead that all that aesthetic is draped around a core of tragic, but nevertheless quotidien sadness. But through that styling of the sadness, it allows the audience a new perspective on it.

Nocturnal Animals may not have achieved this quite as clearly as A Single Man, but it did achieve it in a very honest and touching way. A large part of that is due to the haunting soundtrack by Abel Korzeniowski that burrowed itself directly into my emotional core to give me goosebumps pretty much all the way through. And of course the cast has to carry the film – and they do, perfectly.

I haven’t read the novel the film is based on, so I don’t know how much of this is the script’s work and how much of it is already there, but the layers of the story are extremely well structured to provide a plot that manages to leave a lot of things open to interpretation and at the same time enough closure to make the story feel completed.

The film is not flawless, of course. It’s very white. It’s also classist with the good middle to upper class family terrorized by a group of racist “rednecks” (at leat Aaron Taylor-Johnson did one hell of a job with his role, but then he usually does), generally a rather tired cliché. It’s also not great with its women at all (they are all just playing pieces in Edward’s and Tony’s story). Actually it’s rather sexist against men and women alike, as it frames Edward’s lack of (hegemonic) masculinity as the reason for the failure of his relationship with Susan; although it also shows Susan to be a bitch anyway who deserves to be punished for the way she treated Edward.

Those are not small things, but Ford manages to create such a haunting, captivating atmosphere that I did manage to ignore most of it and just fall into the film. 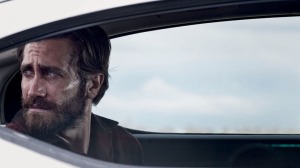